In the event of an emergency, break glass. In what weird circumstance this would benefit you, I cannot imagine. Maybe you have an overabundance of nuts. 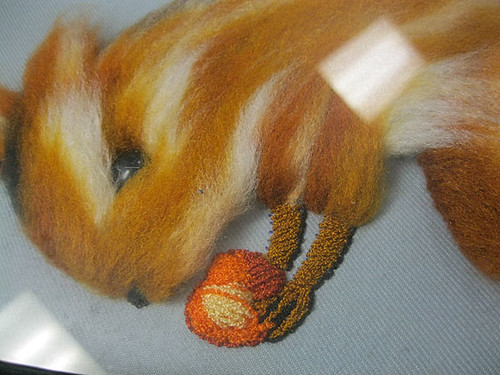 You kind of had to have been there. The poor thing looked like it was caught in a tornado and then squished like a pressed flower. There’s that urban legend about the guy who thought that his dog killed the neighbor’s bunny, and he got the blow dryer out, fluffed the poor thing up and put it back in their rabbit hutch (the punchline being they’d buried the rabbit the day before and the dog dug it up).

It’s like that, only instead of propping it in an amusingly lifelike pose, they FRAMED IT. 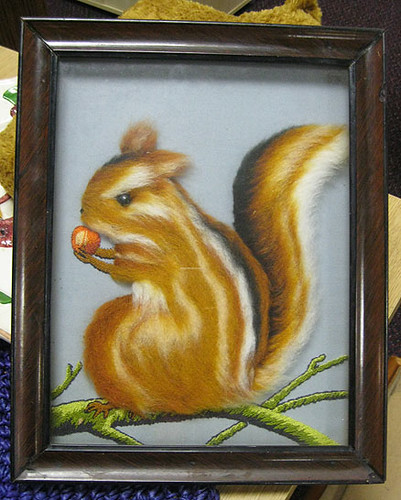 In a certain light, the eyebrows give Mr Squirrel (or Mrs Squirrel, I have no idea, I’m not a squirrel or a squirrel aficionado) an ancient and wise expression, wisdom beyond its years, like the old master in a martial arts revenge film. “If you pull this nut out of my hands…would you give it back?”

One Response to “Pressed squirrel”