Wake the troops and sound the bunny drums! 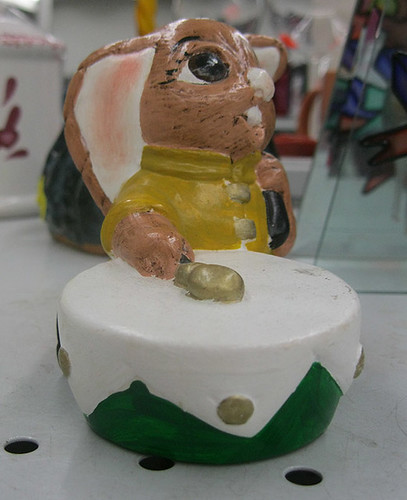 Look Â into those eyes. Those…empty eyes. Bunny lives to drum. In fact, bunny has been drumming for two days straight, and occasionally, bunny drums at 3:00 AM. For this is what bunny’s life has become. One endless drum solo.

On the plus side, he won’t be suffering long, because while everyone’s child is a unique and precious snowflake… 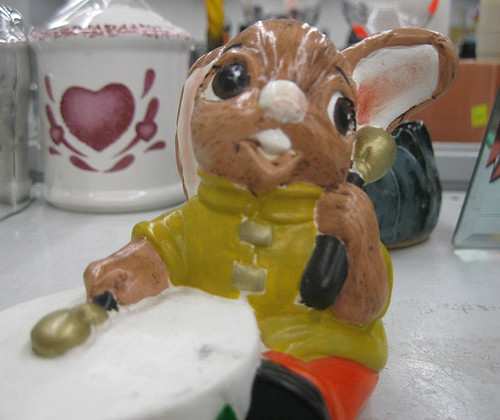 rabbits are nothing if not replaceable. 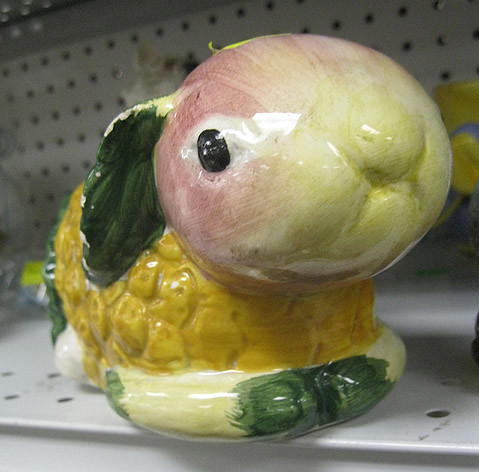 The ironic problem: what to do if your entire body is a buffet of delightful veggies? It’s the “Homer Simpson/Forbidden Doughnut” dilemma. The Greek Gods did this sort of thing, usually to punish hubris. Like, turning someone into a spider for saying they could weave and spin better than the gods.

I’m not sure what a bunny could possibly do to deserve this. They’re not, generally, very prideful, and not prone to blaspheming, as far as I know. 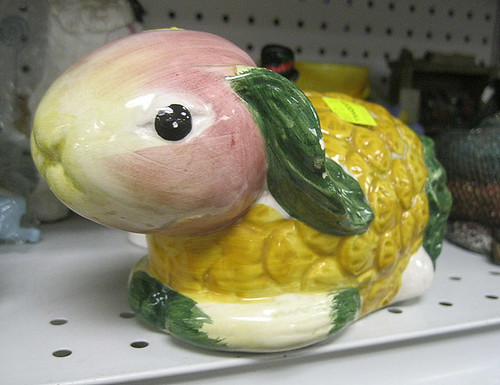 And yet the gods have seen fit to transform one into radishes, leeks and corn. The gods, basically are sadistic jerks.

“Let’s see how long he can go without Â eating his feet. Oooh, one of his friends found him! This is going to beÂ HILARIOUS, trust me!”

“Ooh! Next, turn a dog into porkchops and have it rainÂ barbecueÂ sauce!” 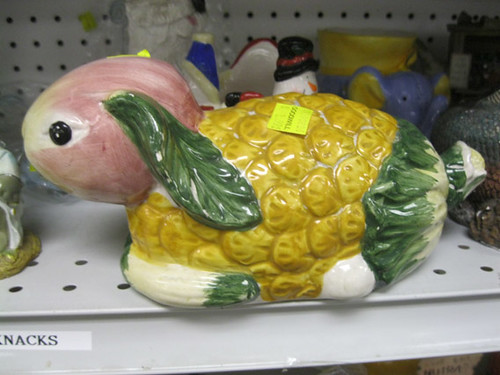 “At least…at least the foxes probably won’t eat me. They’ll just lick the butter off.”