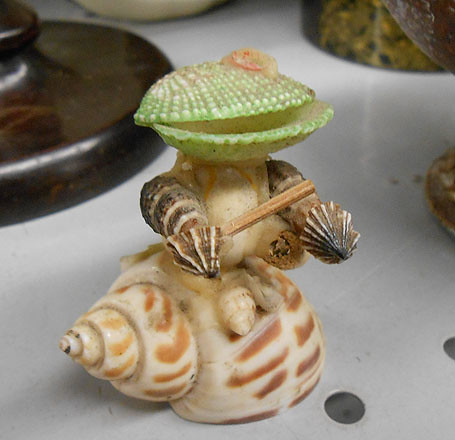 In hindsight, not the best idea. Sure, tiny shell soldiers are cheap, but they ARE a little on the brittle side, and if it gets too hot and humid, everybody’s limbs fall off. 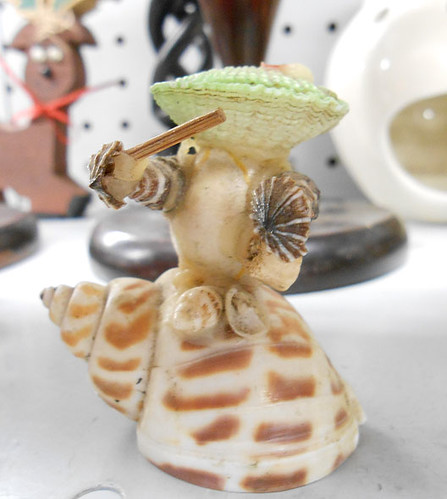 Without his fiddle, he just beats his bow against his arm for six or eight hours. Unless that breaks too.

The legs…the legs are bothering me. It doesn’t look like they were ever that great. Like, tiny shell people just have little stumpy cowries they gambol about on, with a little “ticaticatic” noise. Maybe this isn’t a veteran of a battle, but just a shell musician, warming up for the tiny shell people ball! 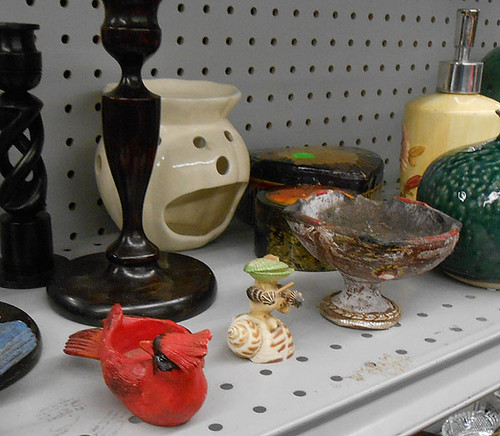 The sound would be almost exactly like three or four five-year-olds and a roll of bubble wrap. A gentle rainstorm of “tickety tickety,” and the occasional sharp crack and yelp. So very sad. 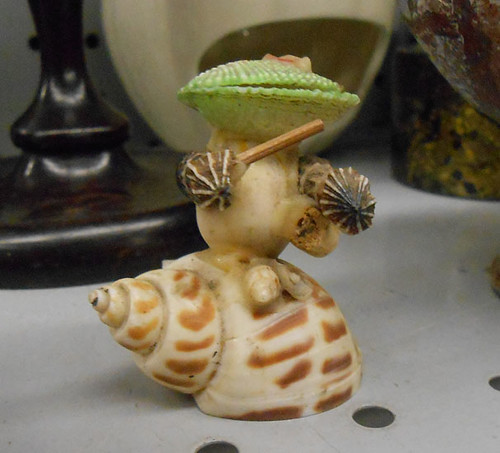 One Response to “Tiny Shell Warrior”