The week in motivational posters

I’m getting some real mixed messages from Einstein here. Although I admire the fetching little blue pointed hat he’s wearing, it gives him that clownish look he was so lacking. 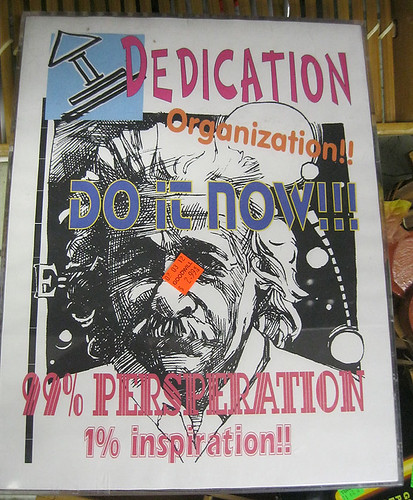 The overall message is, clearly, DO IT! But there’s not really a game plan. Persperation is probably involved (the DO IT NOW!! mindset eschews spellcheckery as a tool of the weak and non-it-doing.) Careful and meticulous planning is balanced with sentences with multiple exclamation points.

I’ve been in enough corporate strategy meetings to know that multiple exclamation points ALWAYS win over planning. And persperation. You can’t trust exclamation points, they’re fickle and flighty bastards, particularly when they come in groups of two or three. 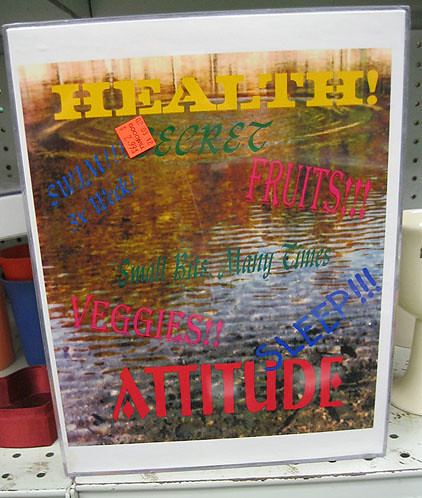 Oh, fiddle. More exclamation points. Remember VEGGIES!! Where else are you going to see VEGGIES with that much enthusiasm? And SLEEP!!!?

Okay, maybe I could get that worked up over sleep. But no-one gets enthusiastic over “Small bits, many times.” They’re probably not sure what that means. I think it’s what the school hamster eats.

By the way, all of this is secret. And kind of illegible, which helps keep it secret. But only today. Tomorrow, we’re going to DO IT NOW! and spread the word. With dozens and dozens of posters. By god, that’ll put them off “small bits many times” for the rest of their lives.

One Response to “The week in motivational posters”