Portrait of a boy and his dog.

This is not a healthy boy, and not a healthy dog. If the owner was the centerfold in Skinny White Boy Magazine, he’d get lost in the saddle-stitch binding. And the less said about the dog, the better, they both look a little bit dead. 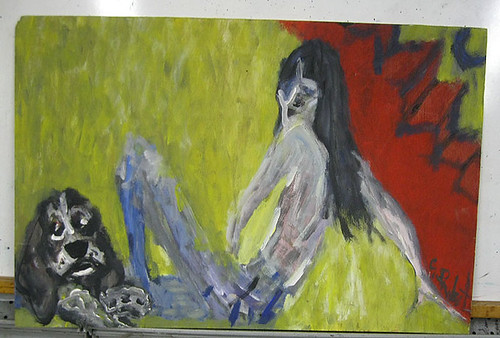 I think he’s trying to hold up the stairs. They do seem to be coming off the wall, a bit, but that little twig-arm isn’t going to stop them. And when they land on you you’re going to beÂ even skinnier and, possibly, more frightening. If that’s possible. 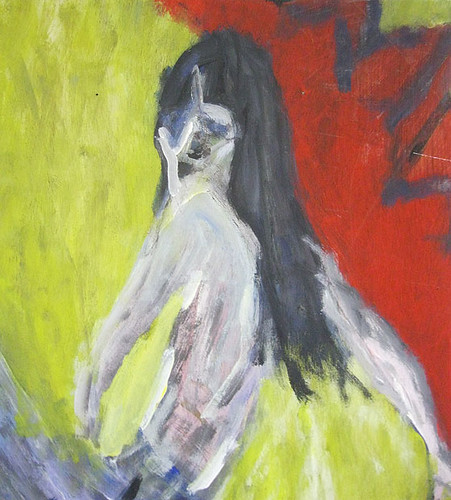 “My eyes…my eyes are lakes of sadness. Well, one lake, one small pond. You can swim in my right eye of sadness, and then rinse the sadness off with a refreshing dip in my left eye of remorse. And dry yourself off in my bangs, which have no particular allegorical significance.” 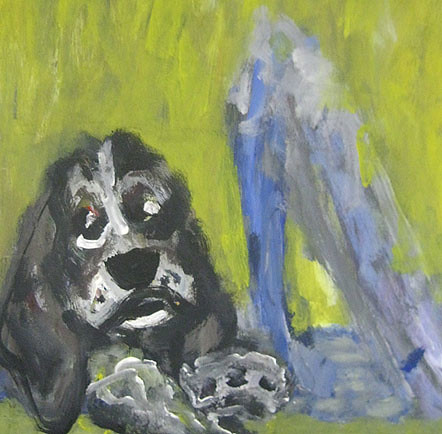 Bored dog is bored. And fungal dog is fungal. What’s the perfect companion for a tragically pale, impossibly thin emo kid? A goth basset hound. Ideally one that’s coping with some incurable condition of the paws, so that his every moment becomes even tragic-er. I don’t think dogs can cry, but if they could, this one’s mascara would be running like Tammy Faye Baker eating a jar of pickled habaneros.

HOWEVER, I will totally applaud the artist for one thing: I would never have thought to paint the most emo kid with the most emo dog, and then put them against a cheerful red and yellow background. That part was inspired.

One Response to “Marilyn Manson and dog”