…but it’s not. And that will be your personal tragedy: when you look up to see what the hell time it is that your neighbor’s dog is barking, or see if your version of Martha’s quinoa and flax-seed pikelet with CrÃ¨me fraÃ®che is officiallyÂ al carbone, or if Judge Judy is working it judiciary-style, you will say, “but it has no meaning, not really, because I know my clock isn’t all that. 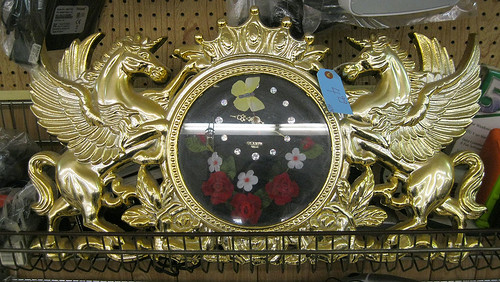 Rest assured, this clockÂ is all that. It has diamonds AND unicorns AND roses AND a little crown. Does your clock have a little crown? No. It probably tells time better because it doesn’t have a butterfly stuck to its second hand, but it most likely doesn’t have a crown. 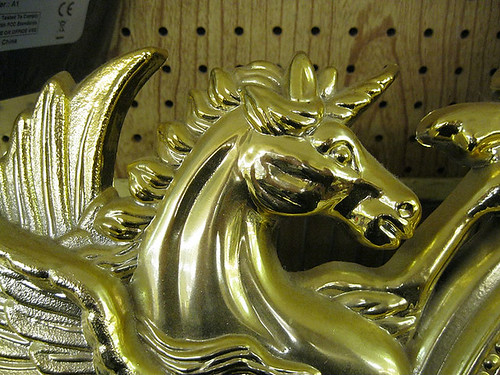 Here we have an almost medieval torture: First, pin a butterfly to a sweep second hand. Make sure he’s alwaysÂ just out of reach of a tasty little bouquet of daisies and roses. Then, put in a battery. Months of “ohboyoboyoboy…oh.” 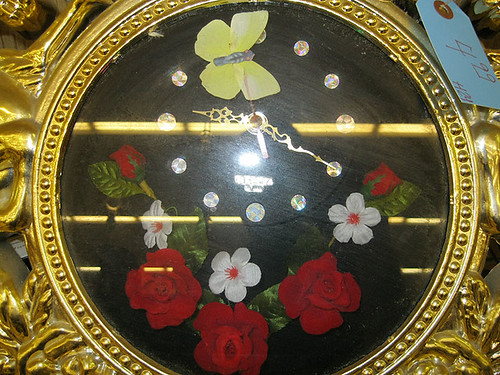 Disappointment, thy name is butterfly. At least you could be admiring the diamonds. Let their cold lustre give you comfort as you next approachÂ perihelion with the daisies.

Leave a Reply to Miranda