Who lives in a pineapple?

Which is a little misleading. Because, at the end of the day, don’t we all live in pineapples? Metaphorically, of course, because pineapples are actually pretty small. But what is a pineapple, ultimately, if not a prickly, tart metaphor for our own uniqueness, the face we present the world. The exterior self–that is the real pineapple.

Unless you’re spongebob. Then things are a little less abstract. 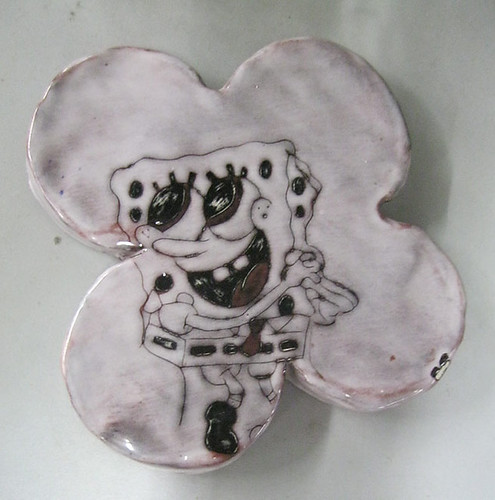 I took this picture a few years ago, and now I wonder if I’d screwed up the gamma, or maybe the epsilon, on the shot. I’m pretty sure Spongebob is an annoying yellow color, but that was the old Spongebob. The new Spongebob is shot in stark black and white, and instead of a starfish, when he leaves each day he meets a different allegorical representation of a sin, and his best friend is an old, old man that keeps asking if he wants to play chess. 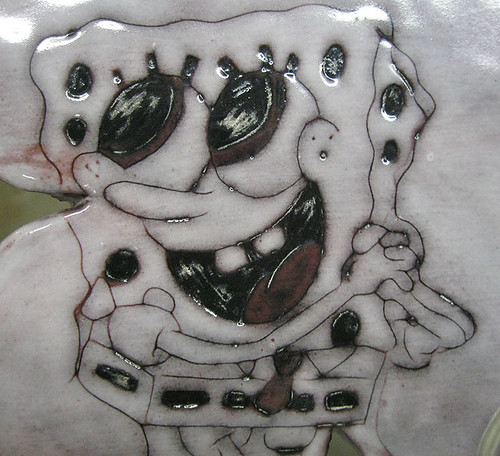 Ultimately, it turns out that Spongebob’s endless optimism is a coded reference to the denial of the essential futility of life, and the reason the entire series is under water is because he’s already dead.

The series has really taken a turn ever sinceÂ Nickelodeon let Lars Von Trier direct. I like the new direction, but you really don’t want kids watching it. 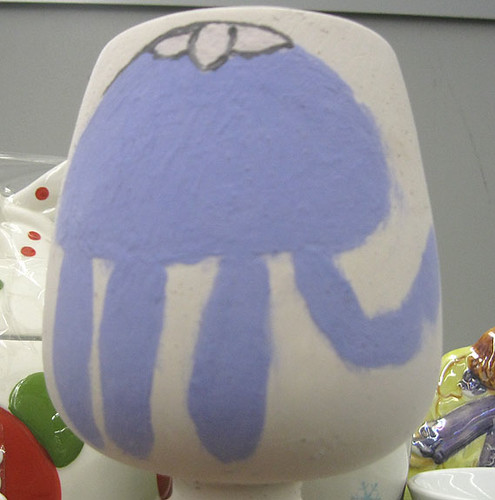 He, she, or it was painted on a sort of medium-sized ceramic apparatus, like a chalice or a lamp, but without any obvious functionality, except to display an octopus. All things considered, that’s a lot more functionality than, say, a clown or another headless St. Joseph, but I still wonder about the artistic intent. “Take this octopus and drink from it. Whenever you do so, do this in remembrance of me.”

Years later, I’m going to look at this post and wonder what the hell I was thinking. Oh well, such is life.

Spongebob from the (defunct) Goodwill on Stassney and Manchacha, octopus object from Goodwill on 2222 and Lamar, Austin

3 Responses to “Who lives in a pineapple?”