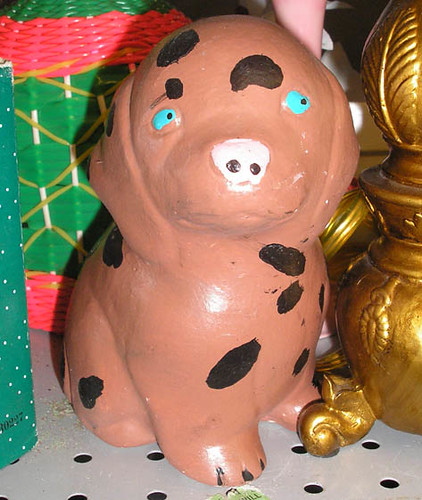 Although if I didn’t know if I were a pig or a dog, and were made of chewing gum, I’d probably look a little dubious myself. I’d have great unanswered questions for the Maker. “I know you made me special, because I’ve got your fingerprints all over me, and momma said ‘God don’t make no trash.’ But I’m at Goodwill, so now I’m not sure, because they’re selling an empty ‘Cuervo Gold’ bottle and a cardboard box, and I’m pretty sure thatÂ is trash. Also, did god make no pogs?” 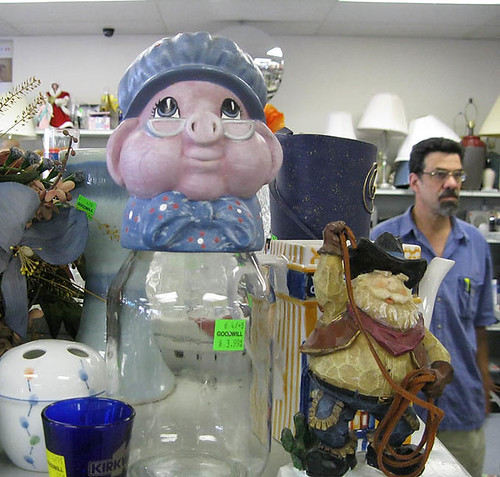