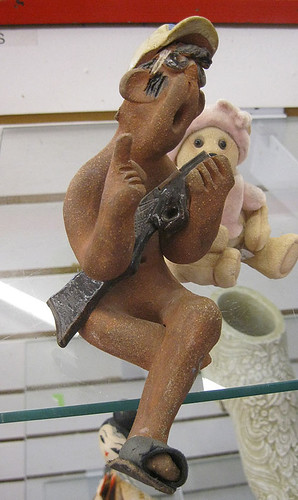 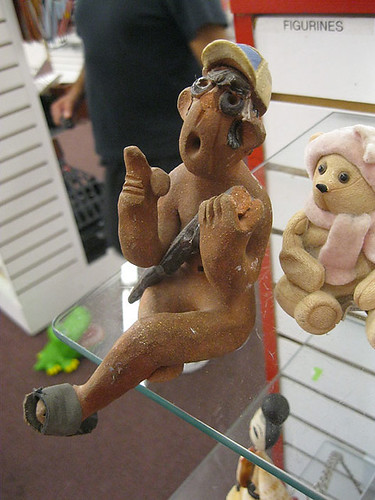 There’s something acutelyÂ simianÂ about him. It’s the ears. It makes him look simultaneously like a howler monkey earning its name, and a member of British nobility. Though the almost total nudity baseball cap takes away from that somewhat, at least the British nobility bit. But I work about a block from Fraternity Row at the University of Texas, and I will say that monkeysÂ definitelyÂ wear baseball caps. 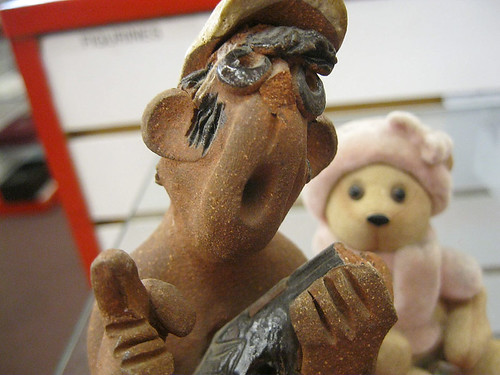