Last day, bring out the magi

The first wise man came from the east, bearing gold. The second came bearing gifts ofÂ frankincense. The third…the third was just kind of annoying. Knocked over the manger, bounced up and down on everything, generally disrupted things. He was asked to leave, but at that point, the mood had been totally ruined, and they had to play “Enya” for 20 or 30 minutes so that Mary could settle down and get back to looking serene and vaguely matronly, maybe glowing a little. 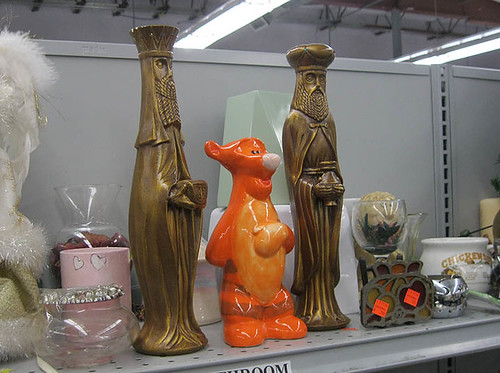 So, traditionally Christmas ends on the first day of Epiphany, Â when the wise guys showed up to bring the baby Jesus gift certificates to Home Depot and Target. Â There is no particular day of the Catholic liturgical calendar to mark when the four NazgÃ»l came to visit. Most nativity sets leave that part out. They also fail to mention that King Herod was a blazing red eye in the West, and how Jesus came to deliver the one ring unto Mount Doom. Really, the things they fail to teach in Sunday School. 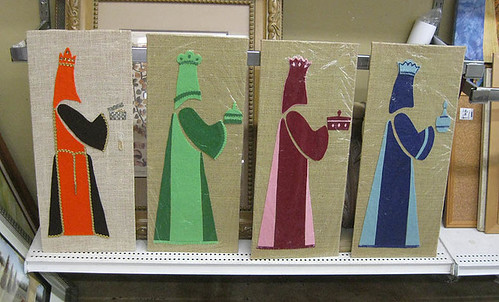 I know you don’t actually vote for kings, but this guy would totally have my vote. As if the myrrh wasn’t enough of a slap in the face, “Hey, Mary, I hear you’ve just given birth to the messiah, here’s some stuff that makes corpses smell a little better.” The orange king brought a little noose in a box. Hardcore. 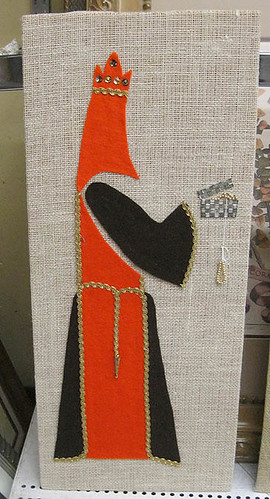 IT wasn’t until the 15th century or so that Shakespeare started showing up at the Christmas parties.Â He was, predictably unimpressed, but witty about it in a blank-verse sort of way. 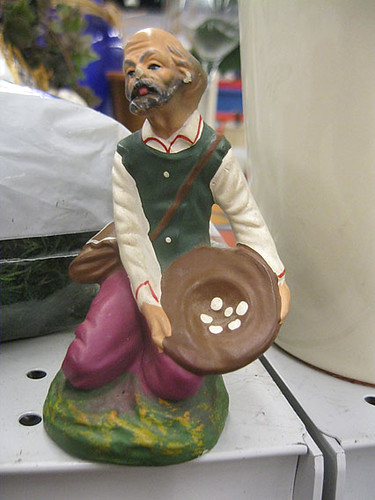 Little-known fact: like the majestic sphinx, Shakespeare had his nose blown off by French terrorists. He had a replacement fashioned out of narrative irony. Only the truly wise can see it though–squint harder. 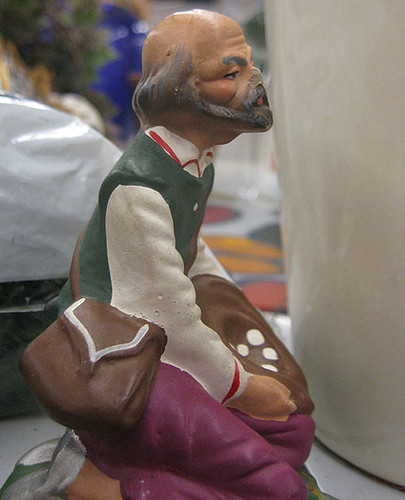 It takes a lot to impress old Will. Choir of angels? No, sorry. Shining star in the heavens, marking the birth of the savior of mankind? PFth. “I wrote ‘Hamlet.’ This…this is kindergarten pageant material. I poke my tongue at you, Christmas.” 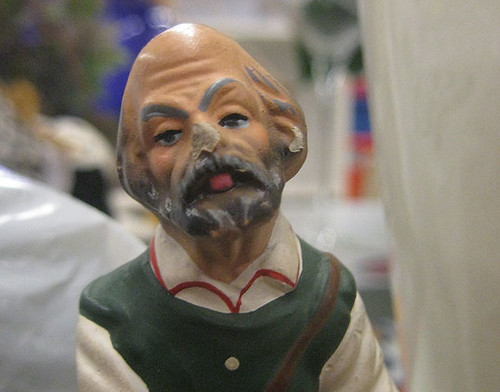 Thank God, Christmas, the extended dance mix, is over! Various kings from the Savers on Burnet and North Loop, unimpressed Shakespeare from Goodwill in Oak Hill.