Happy New Year! What shoes will you be wearing?

Happy new year! Celebrate it with these vintage, “the last time the new year was cool” shoes! 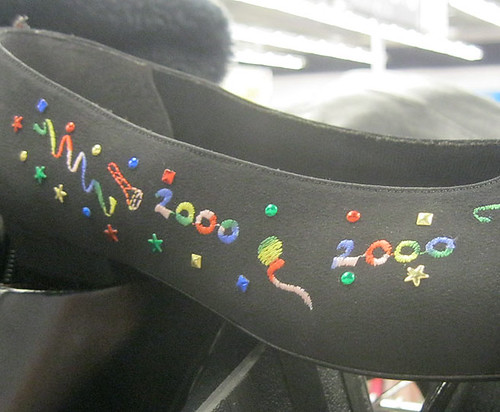 If you’re shopping in November or December, It’s not only theoretically, but in fact actually, possible at any Goodwill, to make a complete outfit–even including underwear and socks–that’s from Y2K. It’s the date that never goes out of style. Or at least out of stock. Silver headpiece with “2000” on it? Check. Sweater with “Y2K? Y Not?” Check. Bra featuring the “00” prominently and where you’d expect it? Well, I made that one up, but probably. 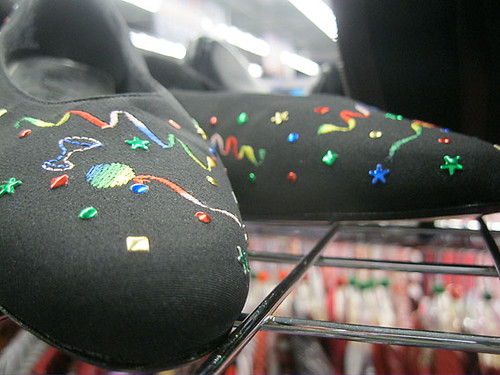 Nothing says “it’s the millenium and I’ve had a few” like a pair of these sequinned, confetti-laden flats. That fellow lying semi-conscious on the floor unable to raise his eyes will know your feet are the life of the party! In fact, they may be all he remembers about the party. That, and the guys ordering him a “New Jersey Turnpike.” 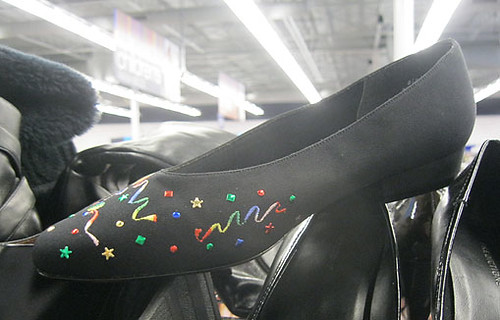 Okay, not actually a horror, just vaguely tacky, and definitely an artifact of its time.

“All I want for Christmas is my legs.” 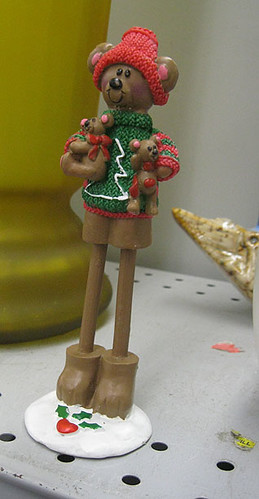 I dropped my holly, and that’s pretty much all there is to it. I can’t bend over to pick it up because of my strange, sticklike legs. And if I did, I’d have to put my bearlings in the snow, and then they’d freeze to death, and then I couldn’t pick them up because I have no flexibility beneath the waist, they’d freeze to death, and I’d have neither holly nor cubs, and what kind of a Christmas would that be? ‘Did you bring the decorations?’ ‘no.’ ‘Did you at least pick up the kids?’ ‘Can you phrase that differently?’ 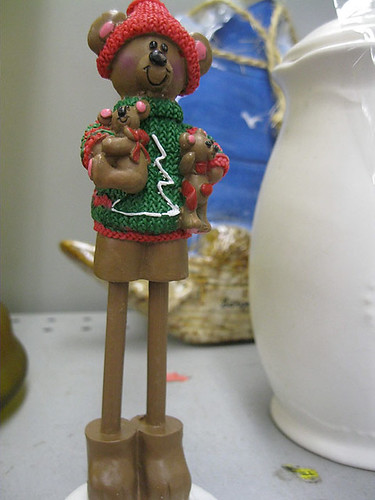 There’s something deeply wrong with your shins, sir. You have a condition. Please see to it…or at least wear some leg-warmers to even things out.

Sparkle 2000 shoes from the Goodwill in Round Rock, spindle-legged bear from 2222 and Lamar, Austin

One Response to “Happy New Year! What shoes will you be wearing?”