It’s been a bit of time. I took this picture in the summer of 2011, and for the life of me, I don’t know why this cat a chest valve. Or is it a keyhole? If you turn him on, does his engine purr?

Okay, not a horror by any stretch, but I was really taken by his facial expression. 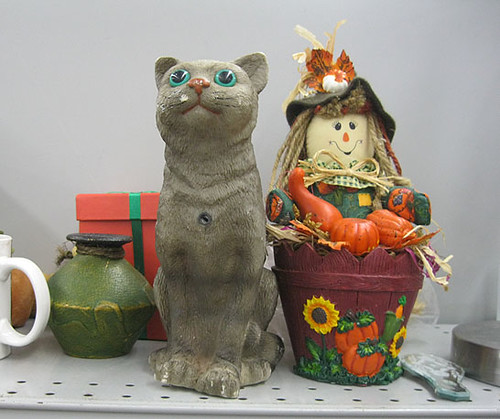 What delights does his gaze rest upon? Is he staring upon the forms of supple lionesses disporting themselves after a fine hunt? The magnificent unfolding of a single perfect rose, its delicate fragrance reaching his pink and scabby nose a moment before its pink blossom opens to the sky? 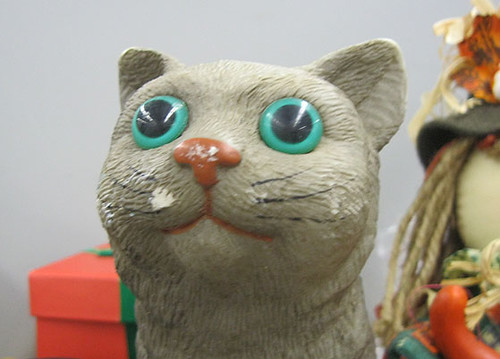 I hope that thing in his chest isn’t an air intake valve. If his internal PSI got any higher, his eyes would pop out :(

It’s no wonder this next guy looks a little sad. He’s either an ice cream bowl or a pet food dish, and either way, what a terrible fate for an innocent kitten-or-perhaps-lion. To be always a fractional inch away from food, and have a mouth that’s painted on? I’d be frowny too. 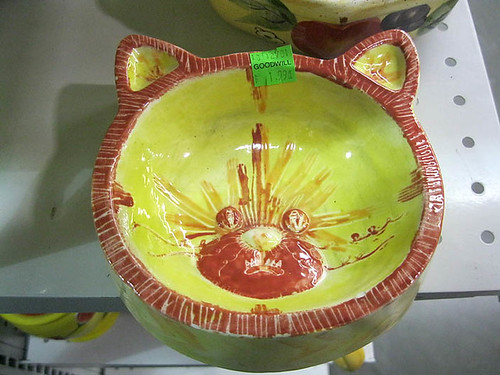 Lion, or physics experiment? With a face like a small explosion, and whiskers like trails in a cloud chamber, I think it’s really up to the observer to determine both its absolute location and subject matter. 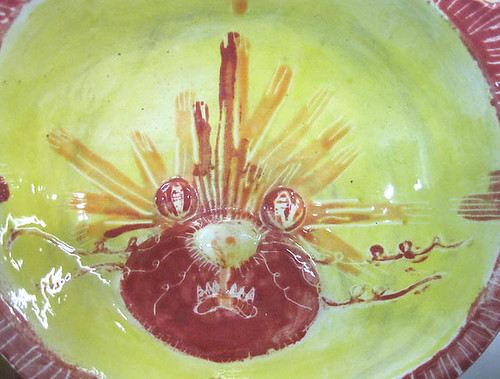 As you draw closer, though, and meet the kitten’s gaze more fully, we see that sanity has clearly fled this poor feline. I saw this expression on the faces around me on the dark, dark day they released the trailer for “Breaking Dawn.” 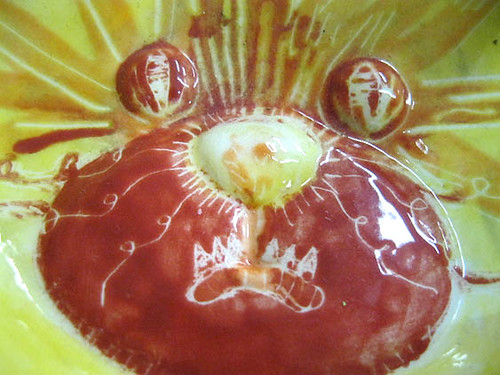 There’s a story that an eye can catch the last thing it sees, a post-mortem reflection of a body’s final moments. What did he see? His former master stepping out from a tunnel filled with celestial light? A bartender’s cocktail shaker? 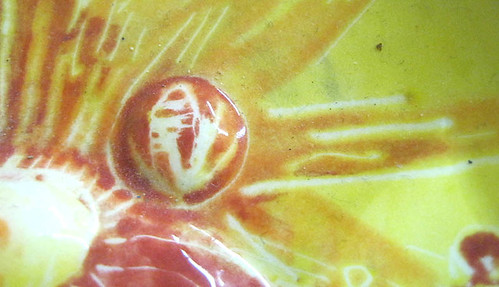 We may never know.

Inflatable(?) cat from Goodwill on 2222 and Lamar, terrified lion from Savers on North Loop and Burnet, Austin