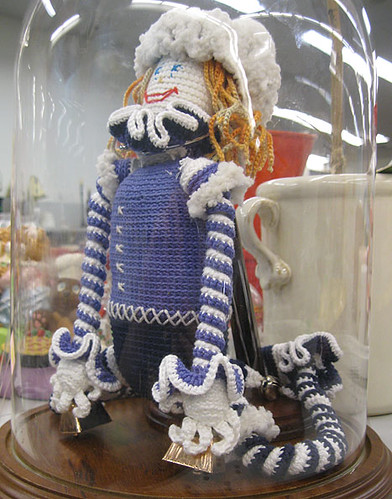 But she doesn’t let the weird surgically-attached bells get her down. No, this clown is full of cheer this holiday season, with a smile on her face and, if not a song in her heart, at least some extra stuffing. Because she knows this Christmas there’ll be someone waiting under the mistletoe for her. And he’sÂ traveledÂ a long,Â long way to be there. 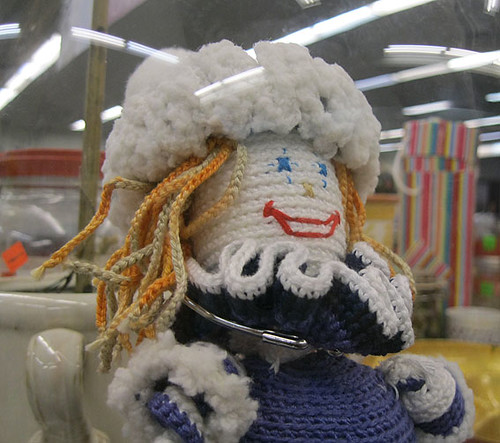 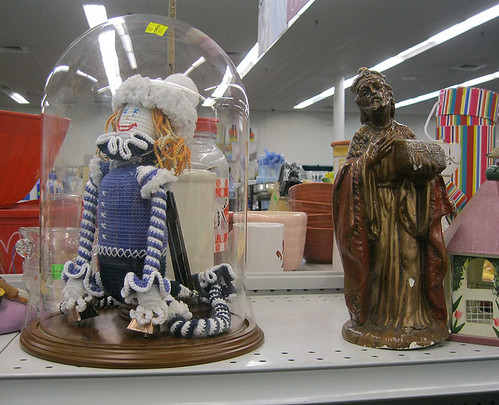 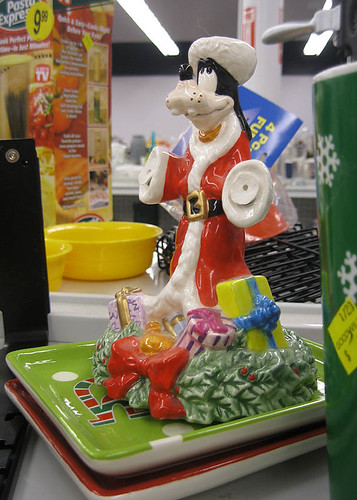 So she’s not really a scarecrow, but seems to partake of theÂ esprit de scarecrow.Â But the poor dear’s having some sort of reaction to the pine and tinsel. She’s all puffy and and bloated. Maybe it was the eggnog. Should have stopped after the second bowl. 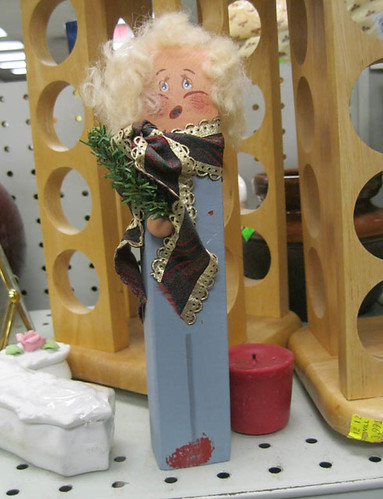