Oh, Christmas. Has it finally slammed into us like a freight train again? Someone, get me another bottle, this one’s empty.

No, not that bottle. I want theÂ weird stuff. 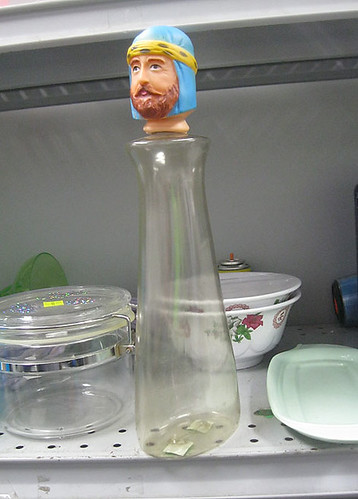 My strongest hope for this bottle is that, when they fill it with brilliantly purple dishwashing detergent, it at least comes out the mouth. I’ve always thought the holy family was way too dignified, and using St. Joseph as a stopper for a squeeze-bottle is a way to fix that deeply-felt problem.

If you squeeze him, does he not pop off and fly across the room? 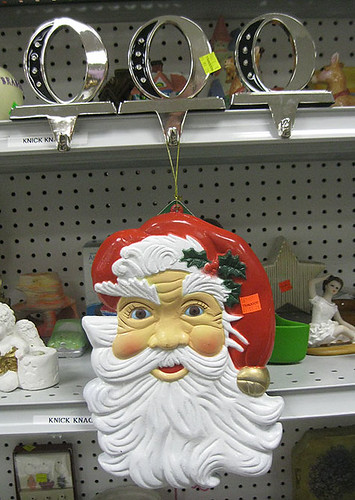 I’m hoping that’s the sound that Santa’s makes when he arrives. Not so much jingling as a steady “oooooo” and then his HUGE HEAD appears, like the floating head of Zsa Zsa Gabor from that one episode of Star Trek which I think I reference once every six months. Santa’s huge, strangely angular floating head. 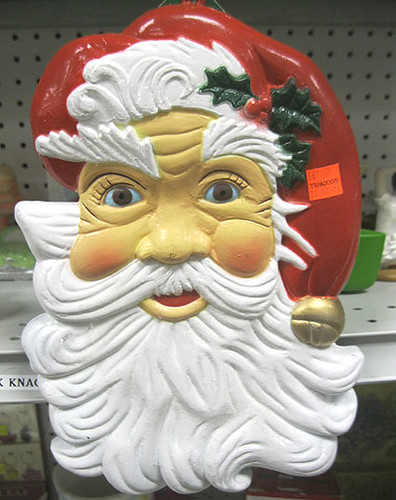 Sideburn, or giant white tusk protruding from his cheek? You be the judge. But judge quickly, or he’ll gore you with his cheektusk, and he’s a dangerous bastard until the 26th. Â After the holidays, he calms down a bit and the tusk drops off.

Aaaand, the 12 days of Christmas starts tomorrow, with an ambitious line-up of Christmas crapola extending all the way to January 5, then it’s time to turn out the lights. There’s some good stuff, so if you feel like reposting or letting your Christmas fans know, I’d be most grateful :) Merry happy!

Bottled Joseph and flat, flat, santa from the Goodwill near Anderson Mill and 183, Austin

One Response to “Gold, Frankincense, and “Joy” Dish Detergent”