Bukakke Angel and other failures

I have to respect her composure. Not everyone would be this mellow after having been thoroughly doused with four or five quarts of…well, let’s just think the best of the Heavenly Choir and assume it was whipping cream. The amazing part is how clean she managed to keep her head and hair. She must have been wearing some sort of specially-prepared hood. Just, you know, in case. 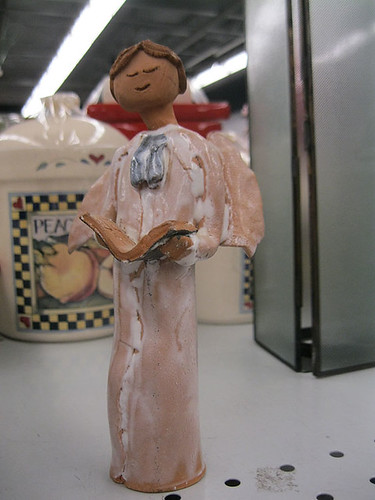 When you get back from Heaven’s After-Party, make sure you bring a gallon or so of hydrogen peroxide. It’ll take the stains out.

I thought at first that, despite what was clearly a very challenging night, she had a face of perfect, serene composure. Close-up, though, I’m not sure. She may have mumps. Or perhaps she’s getting ready to bury her nuts for the winter. Angels do that, I understand. 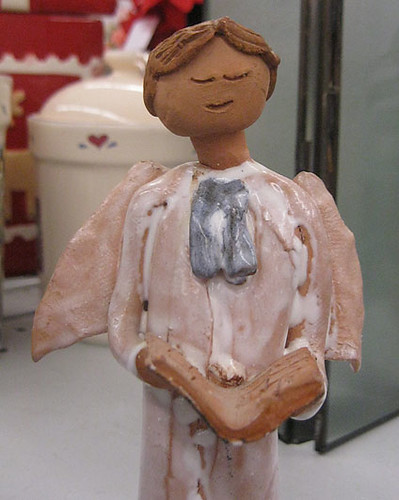 Have you ever wondered what a choir of angels actually sings? Angelomusicologists have been debating this for centuries. Scholars, debate no longer: It’s “Shave and a Haircut.” 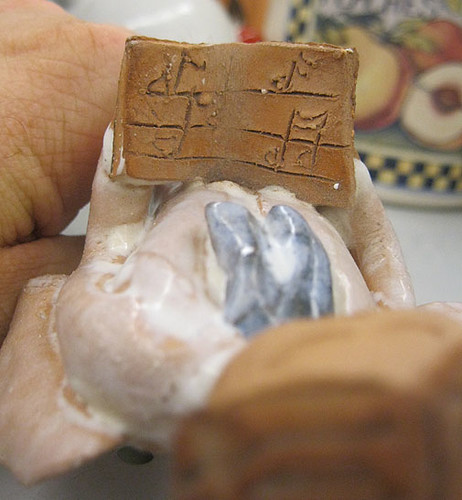 So the sound effects for this one should start out high, and then drop to a comical low. Sort of a “BEEEyoooop.” Then after everybody points and laughs at the trick branch, Allen Funt comes out of the softly-glowing clouds with a video camera, and there’s some good-natured ribbing. Sure, some people wonder how Allen Funt made it into Heaven. But would it really be Heaven without a studio audience providing a natural laugh track? No. No Heaven that I want to be a part of. 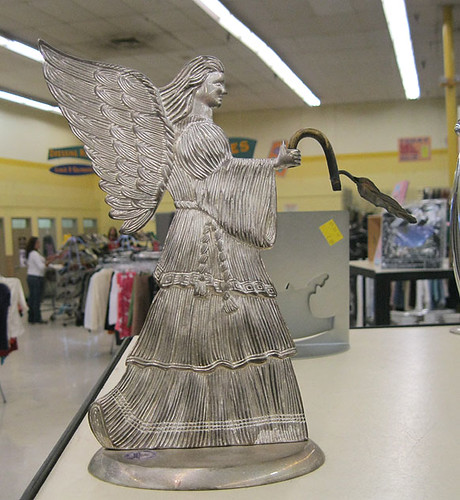 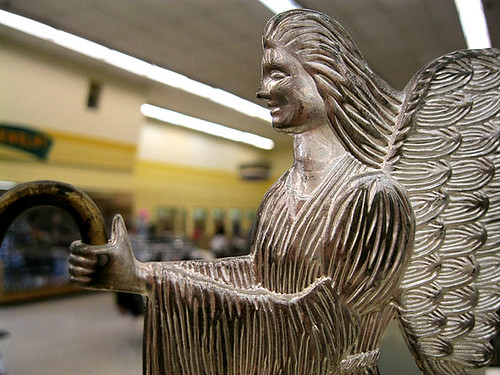 But you know, I think she’s okay with it. She sees the humor. “Oh, you guys.” Or maybe “Oh, you androgynes.” I’m not sure they have gender. And then the next week the punch bowl at the celestial New Year’s party is spiked with a powerful laxative, and she says “Who’s laughing…who’s laughing now?” 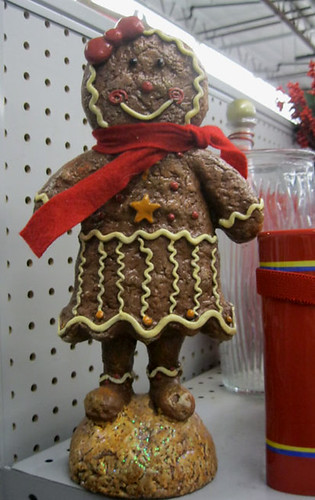 Don’t laugh. Do you know how many hours she spends piping on her make-up to look like this? 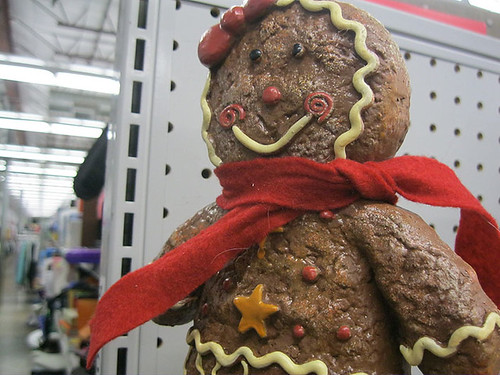 I would not want to eat this cookie. No, no no. If you floated a raw gingerbread girl in the sea for a few days, then baked her after the scrod had nibbled at her cookie flesh for a few weeks, and tiny red barnacles had attached themselves to her torso, this is what you’d get. And it would taste EXACTLY like baked rancid gingerbread seasoned with scallops. On the plus side, you wouldn’t get any more invitations to potlucks, so there’s a positive trade-off.

Bukakke angel from the Goodwill near the “Y” in Oak Hill, wilting angel from Thrift Town near Manchacha and Stassney, and bloated, horrible gingerbread girl from Goodwill on 2222 and Lamar, Austin

One Response to “Bukakke Angel and other failures”