To pick a quote from the 80’s, “Sometimes…dead is better.” True in Pet Cemetary, true for surfing turtles.Â MichelangeloÂ notwithstanding.

What I can’t figure out is, how can a little desk ornament take so much abuse? Really, did they feed it to a dog? Was it a substitute teacher? There is no part of this poor thing that isn’t chewed, battered, broken, skinned, descaled, or even de-eyed. I have never seen a more thorough job of ornament destruction. Bravo, Goodwill. And so brave of you to sell it. 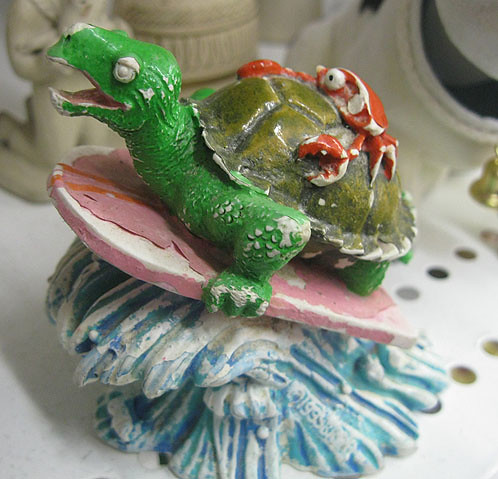 I guess this is an aquarium decoration. And in the balance, aquarium fish lead pretty unhappy lives, they could probably take this in stride. “Basically life is a tiny enclosed space where Â single foreign microorganism can wipe out an entire community. It’s hard to really get too worked up about the scenery.”

But the crab looks like he’s a bit out of his groove. 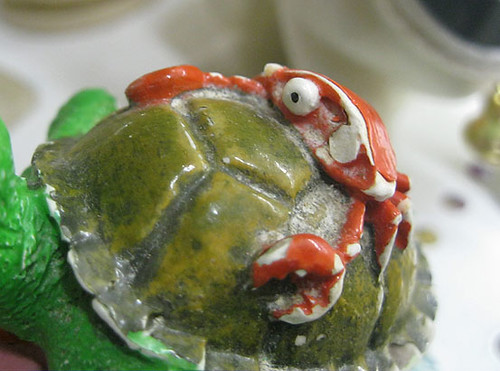 The plus side of having one eye: Half the time, you probably won’t see the rock you’re about to it. And the turtle doesn’t look too observant either. In the land of the blind turtles, the one-eyed crab is the surfer king. I can’t see that going into a fortune cookie. 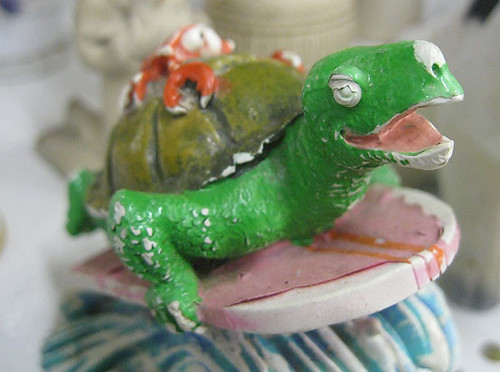 I think his drool has burned little dark paths into his surfboard. How nice. And some of his snout, too. Poor thing. But he’s not letting his handicaps get in his way. No, this turtle’s looking for the big wave, and he’s going to ride that sucker all the way to Housewares. 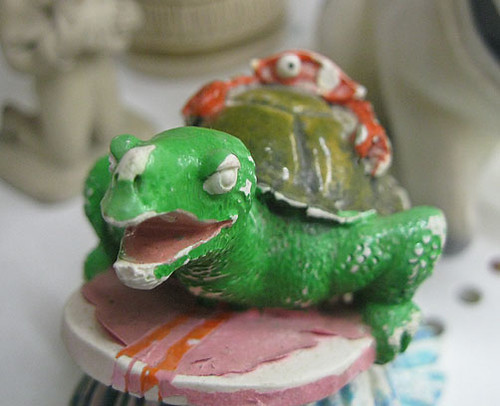 Or just sit at the bottom of your aquarium and slowly age. Either way.

One Response to “Old surfers never die, they just…uh…”