I know, sometimes I’m reaching, but there’s a bit of this picture that makes me think the Care Bears are trying to drive out the Protestants in some weird alternate earth. I thought they were above sectarian politics. I didn’t know they were active in the colonial period. They really seemed more “post-80s sugar rush” and less “first colony at Plymouth Rock.” But hey, I’m not going to judge bears. 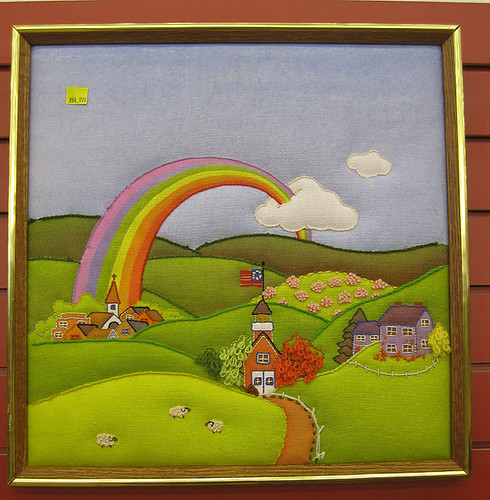 “The air blazed with six-colored glory as the rainbow sparkle gay ray crashed down from just over the hill, kicking up clouds of cheerful green smoke. As the deep base thrum of the ray’s backup dance troupe faded, the colonel put down his binoculars and said, ‘pour me another cosmopolitan, this job’s done. If that didn’t queer ’em up, nothing will.'” 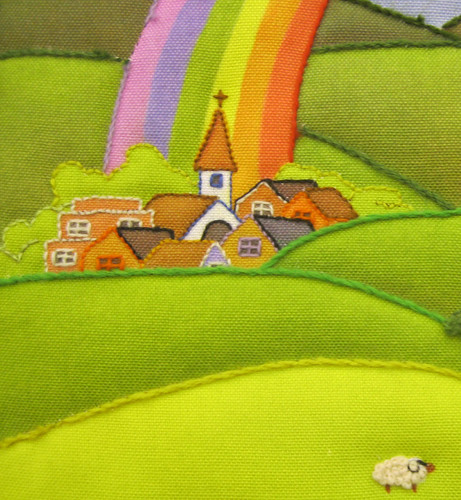 Thank god the sheep was out of the blast. There’s nothing quite so sad as a gay sheep trying to pick out hair product. 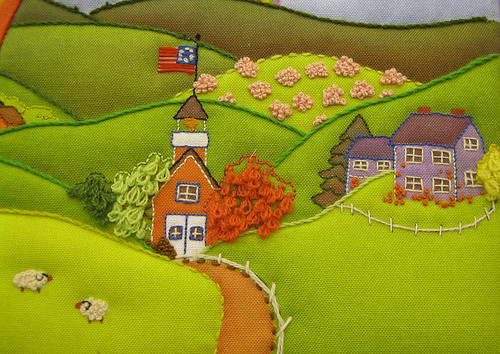 I shouldn’t judge needlepoint, and frankly nothing makes much sense when you set it to x10 magnification, but I’m thinking less “the leaves changing colors in Autumn” and more “red creeper” fromÂ War of the Worlds. At least in the way it hangs in huge soft, fleshy masses from the trees.

Fun fact–if you play “connect the dots” on the building at right, this post becomes 20% less work-appropriate. It instantly goes from “wall covered with weird red pustules” to “wall decorated with the international symbol for Dolly Parton.” 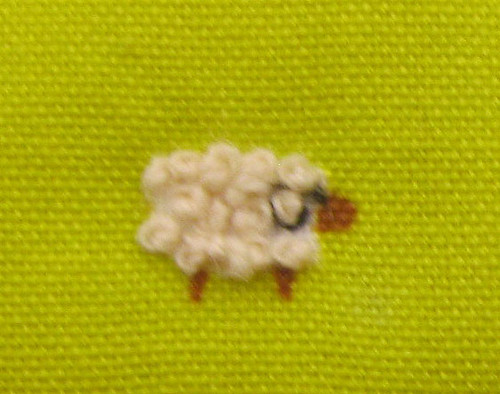 2 Responses to “Fire the rainbow beam!”