It’s often said that every child is an artist, a dancer, a cook, and so forth, until they stop believing they are. So, my seven-year-old nephew is having his first gallery showing atÂ Art Flume on South of South Congress, next to the Taco Ranch. Check it out, there’s an entire wall of exploding space ships. You should see them before they’re all exploded! 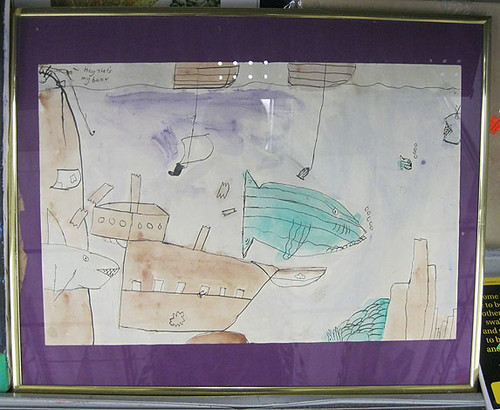 To be fair, I almost picked this one up for personal use. It’s got a bold sense of purpose. The artist clearly said to himself, “All the wedged-shaped things are going EAST!” and stuck with it. I don’t know if he necessarily was aiming for all wedge shapes–sunfish and sharks really ARE pretty blocky and angular–or if his muse only spoke to him in oblique angles, but he has an approach, and that approach is “angry and bricklike.” 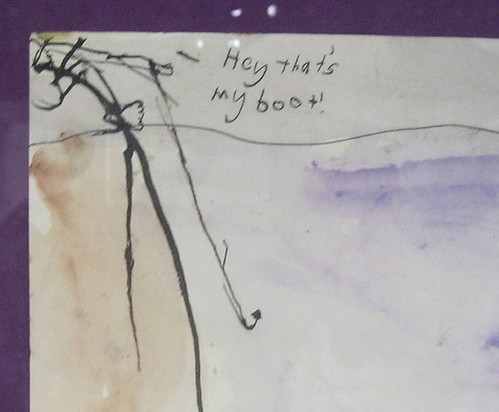 It’s critical to add a touch of the personal to humanize your vast underseaÂ panoramaÂ  Will he find his boot? Did Tim Burton design his fishing line? If he attached a sail to his boot and set it drifting on the ocean, can he really be surprised that it’s no longer available asÂ footwear? The man. The boot. The very large shark. Everything comes down to these. 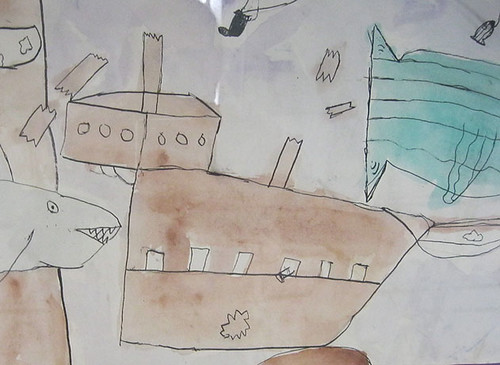 This is the most clinically precise submarine wreck I’ve ever seen. Submarines, I’ve learned, have crystalline cleavage planes, like a feldspar or calcite. If you bump against a rock, the back half just cracks and drops off. True story.

I’d like you to take a pause for a moment and get a sense of scale on that sunfish. It is a very, VERY large sunfish. It will mess you up if you even think about getting your boot. The back half of your submarine? Eaten. By a sunfish. They’re pretty much awesome. 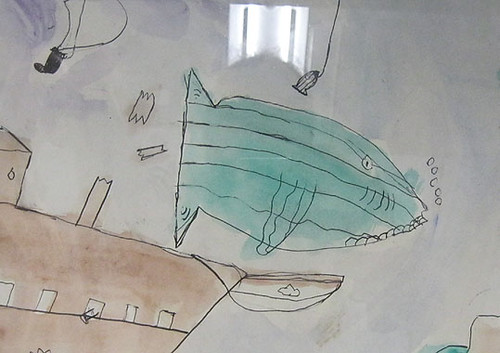 And they also hate all life. Look at that face. It isn’t a fan. If it could eat the glass out of the frame and come after you, it would. But thankfully, that glass is there for a reason, and it isn’t dust protection.