Imagine a prehistoric, paleolithic used car salesman. “Sir, I wouldn’t sell you this triceratops unless I BELIEVED in this triceratops!” For your edification, we, and Goodwill, have brought to light a bust of this veryÂ specimen. 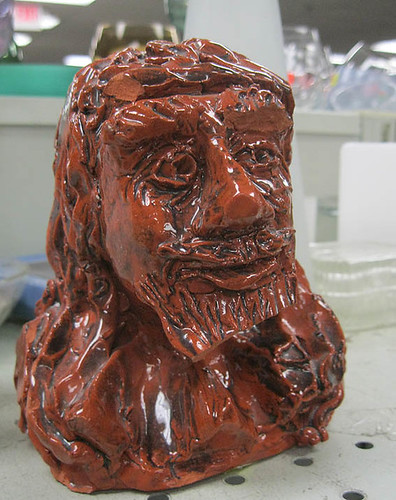 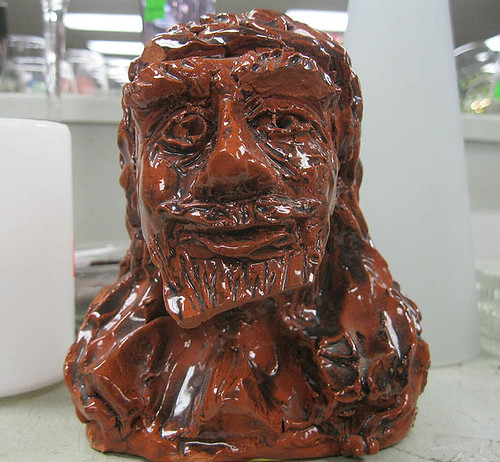 Unfortunately, his beard broke off. I hope it was an awesome, curling full-on Jafar. Â He deserves no less. 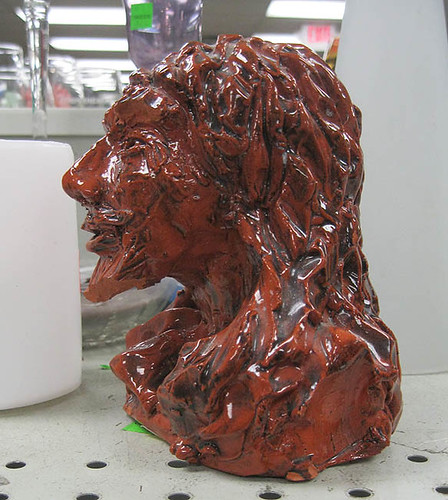