Is she a magical girl freshly emerged from the sea dressed in ceremonial starfish garb, preparing to summon Mothra? Is she an anthropomorphic star, a visitor from the heavens come to spread joy and happiness? Is she a cake decoration from Lady Gaga’s QuinceaÃ±era, the one with the ill-fated “everybody dress in bundt pans” theme? 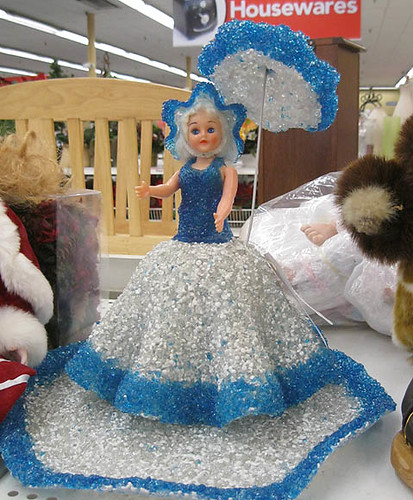 Who could say? But I’m favoring the “tiny space girl” theory. Because only a tiny space girl would make a parasol and hat out of a personal taco salad shell. But she carries it off well. Although, sweetie, the pipe cleaner look is so second grade. 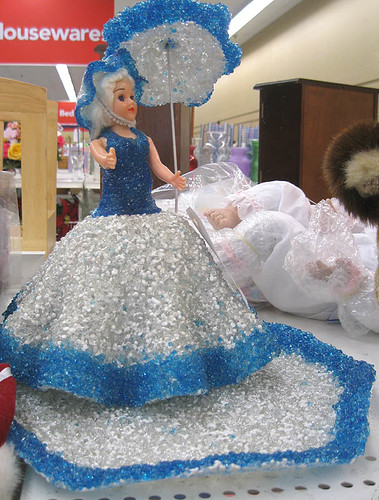 Note: If you’re wearing a dress molded out of several solid pieces of plastic, you need to walk very carefully. I wonder if it was pasted onto her when it was hot? That would have to sting.

Staring at this totally alien figure, with its unnaturally blue eyes, shining white hair, and Oscar Award Fail style, I thought, “No, this is all wrong.” Not just bad taste, but some sort of camera error. It couldn’t actually look like that. Maybe the color was inverted? Would judicious use of Photoshop filters help? 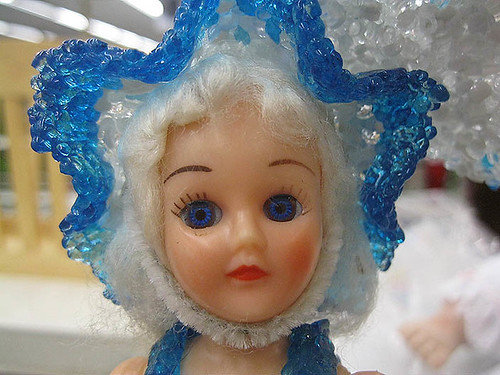 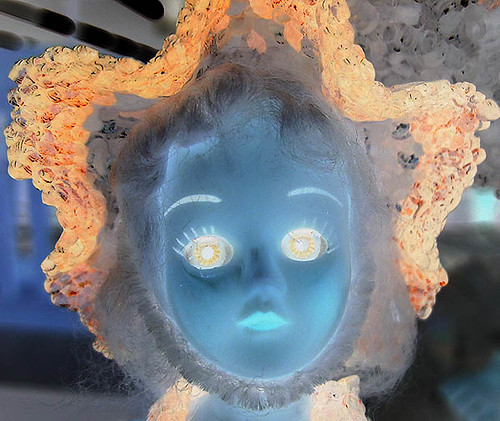 More than you ever wanted to know about taco-shell-wearing blue space girls: They have no legs. 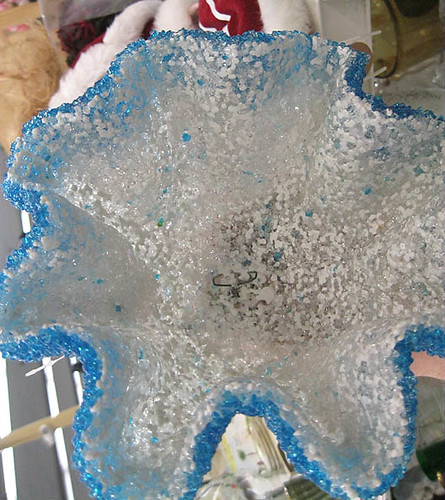 So, like that. Or perhaps she’s meant to double as a candy dish? I’d feel kind of guilty trying, but you never know, with craft.