I only say this because SOMEONE had the most awesome grandfather in the world, and somehow conned him into making the most awesome game cabinet in the world, bar none. This thing really makes me want to get out the monopoly set and go for a few rounds, and that’s hard, because I don’t want to lose all my friends (again), and Monopoly has a chilling effect on relationships. But not this cabinet. No, this cabinet says “love.” And “geeky.” And who isn’t for that? 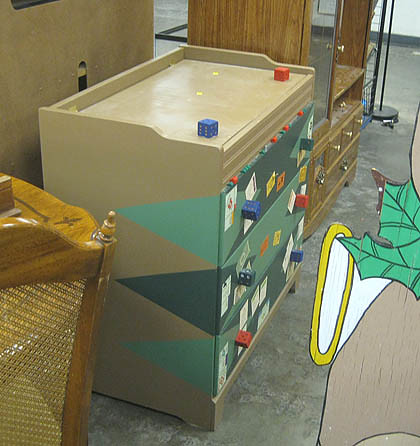 That’s right, a cabinet that’s very nearly a playable Monopoly set. Every drawer is a six-sided die, hotels and houses and utilities lovingly plastered to its every surface. Do you want to put your games in here? Of course you do. But it’ll be a $75 luxury tax. Don’t even ask about taking them out again. 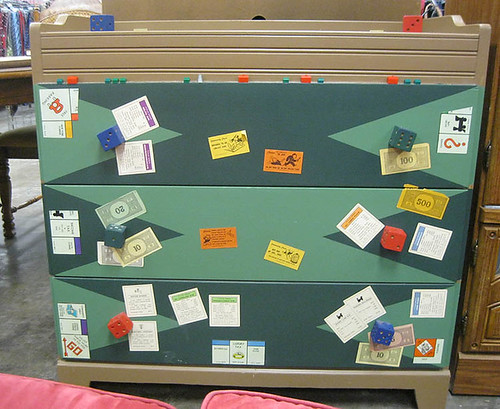 Fact error: Park Place next to the jail? Oh, no, no. The jail is next to those seedy powder-blue properties where rent is $10, and stopping by a hotel is like $120 a night and the bed smells weirdly like cheese. The only way Park Place and the Jail would be right next to each other is if the “just visiting” strip had opera booths for an audience, and the Boardwalk set could give aÂ Caesaresque “thumbs down” after a gladiatorial duel between the hat and the boot, and maybe there would be like a little side cart with olives and salted nuts. Then…just maybe. If they didn’t haveÂ cheap seats. This is Park Place, after all. 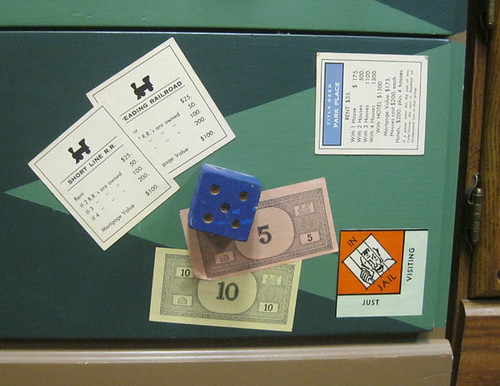 They have an unofficial rule in this house that any time one member of the house has to pay taxes, they just throw the money in this drawer until someone lands on “free parking.” It probably works better in a board game than in real life. For one, governmentsÂ seldom, if ever, give back your taxes. For two, free parking? In Austin? No, no. 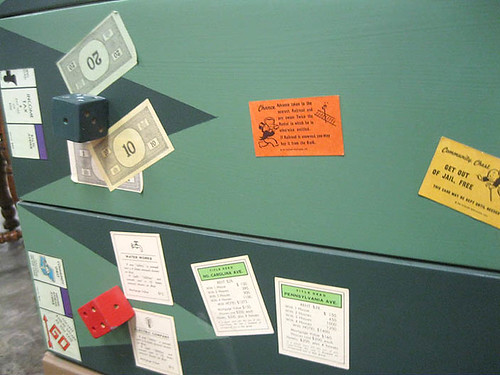 As a note, if you happen to land on this shelf, you will owe SO much money, it isn’t even funny. On the plus side, the bank probably takes socks, underwear, and shirts if they’re folded, So that’s okay. 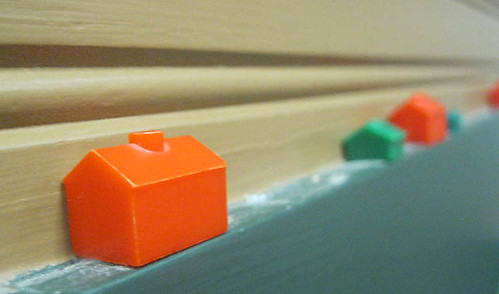 Not a horror, but it’s fun to open up some of the nicer home-made stuff every once in a while! Goodwill near 183 and Anderson Mill, Austin