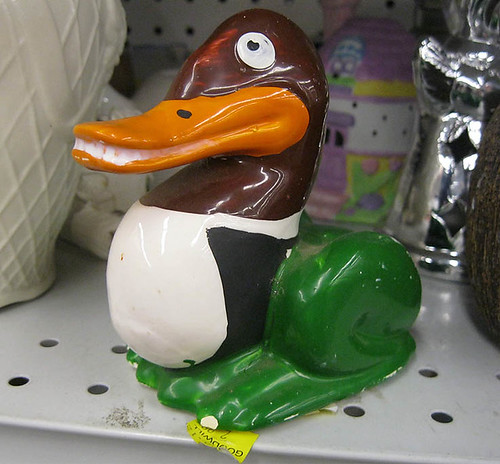 So I’m pretty sure that, if there were frucks in our swamps, lakes, and rivers, and they did smile like that, we’d have at least one goofy adage about them. But no, they have not left their fruck tracks on our language. The only trace we have of them is a single, Frankensteinien piece of DIY art. I haven’t even seen unpainted versions. In fact, given the amount of mass-produced plaster crapola that turns up on Goodwill’s shelves, the only miracle is there haven’t beenÂ more frucks. But no, this is the only one. 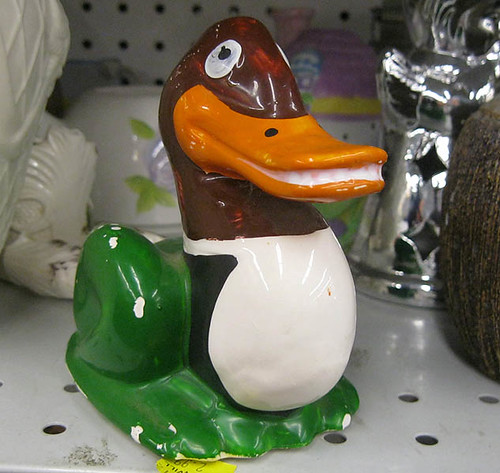