An epic journey into Art

Why didn’t I buy this? I’m still kicking myself for leaving it on the shelf at Goodwill. But honestly, some things are more deeply meaningful when you’re 16 and/or have just finished seven lines of powdered Flintstones Chewables and are starting to hear colors. But neither here nor there. Here, have some Art. 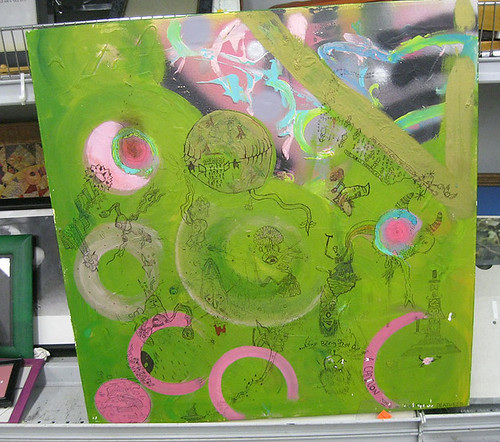 Busy, busy. It’s kind of like playing Where’s Waldo Â after drinking a truly transcendent amount of coffee and some of those magical cigarettes my uncle was so fond of. You could get lost in this. Though I would think that getting lost in this would be, as they say, a bad trip. Because of the monsters. 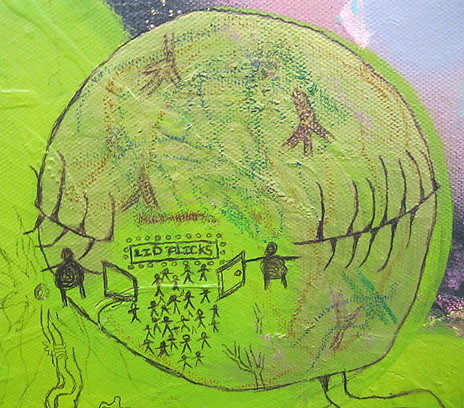 Just so you know you’re in the right place, we’ll begin our journey at “Lid Flicks,” showing the latest of…well, really, I don’t know what they’re showing. The important thing is really that the concession stand stays open.

Gods, I hope not. 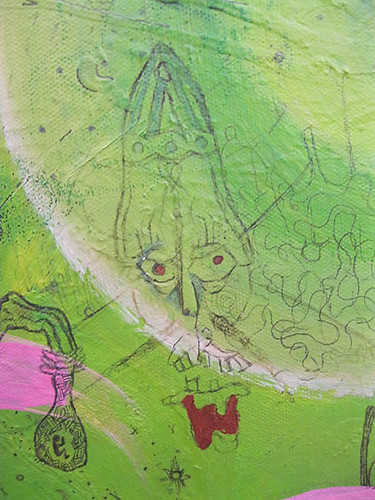 A deeply conflicted cloud creature considers drinking a bottle full of the ending of “2001.” Don’t do it, friend. It feels filling, but there’s no nutritional value at all, and then you’ll go back for another bottle, and, like, why am I having this second bottle? I can’t even remember drinking the first bottle. 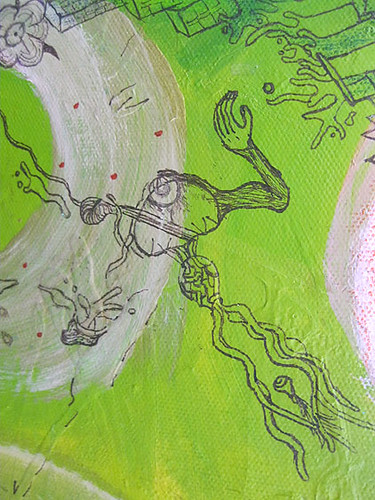 The “eyes” motif continues as a one-celled life form flagellates its way through the green primordial sea, steering with its arm, its giant eye penetrating the gloom of the…uh…acryllic paint. Okay, technically, it would need to be a multi-celled organism to have one eye and one arm, but we’ve probably skipped paleobiology for some quality time behind the gym. 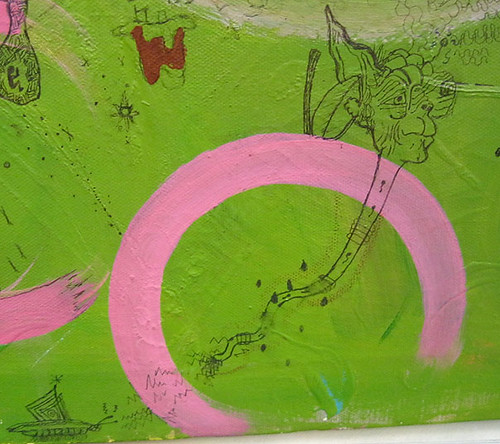 …but then it was eaten by a fineÂ specimen ofÂ P. Yodamecium. Those things are effing ravenous. 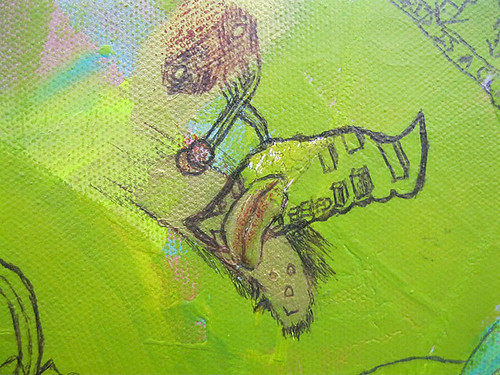 Um…is this safe for work? Sorry, I don’t know what’s going on here. I knew Â a goth kid that had something like that on his finger. It was chrome and cost like $14.95 at Hot Topic, but pretty cool if you can skip over that. You could almost play an LP with the pointy tip. Got terrible sound quality, though. Goths are too thin to really pick up any resonance. 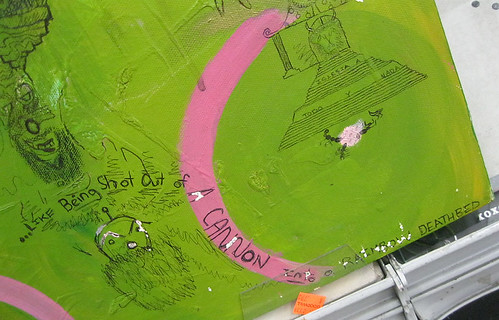 Tiny angry robots rage at the sensation of being shot out of a cannon. And meet my D&D character, Rackbow Deathbed. He’s a 14th-level Barbarian/Assassin with +4 Vulge glaive voulge-guisarme Â of Slaying and he lights on fire when he uses Unavoidable Death Rage. At least he does in Pathfinder, but not in our sucky friday 4E campaign :( 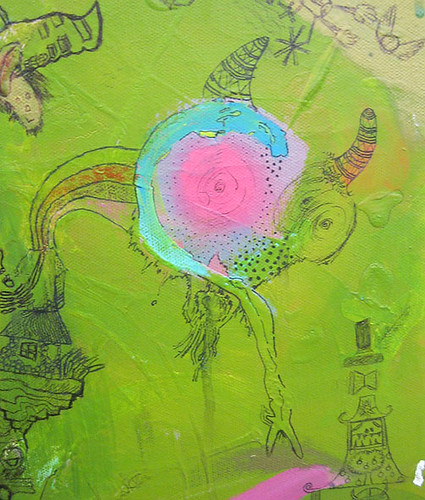 Yeah, one of those. Watch out, Mr. Dapper Vampire Clocktower! There’s a huge weird thing over your shoulder! Hopefully it doesn’t eat you. Or steal your lovely hat, but its head would be much too big. Jesus, I hope that thing’s not drawn to scale. 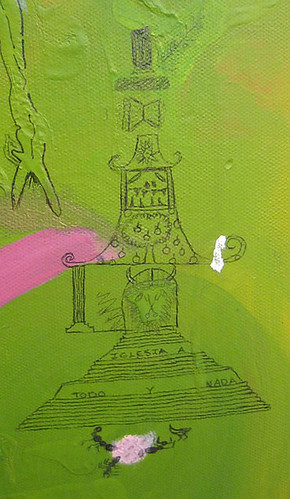 Meanwhile, at the Church of Everything and Nothing, the horned lion god watches the ants feed on white-out. And it is pleased. It would be more pleased if its roof was not covered with cherries, which, the horned lion god thinks, ruins some of the bad-assery of being a horned lion god. Worshippers…can’t live with ’em, can’t strike ’em down with horrible eye monsters.

There you go. Basically, all of modern philosophy is summed up here, by weird little arrow people. That’s it, throw out the Descartes, we’ve solved this Yellow Submarine style.

2 Responses to “An epic journey into Art”