Thank you for being you

It’s good to see a man who’s enthusiastic about his work. Really, he’s like a fox at a chicken trade show, about to get a free sample of all the 2013 models. “Don’t make me use the truncheon, because neither one of us is going to enjoy it. Well…I tell a lie. One of us will enjoy it quite a bit. But I suspect it won’t be you, unless you’re also a regular on alt.sex.erotica.truncheonophiles. But there’s only four of us posting these days, so the math’s against you there.” 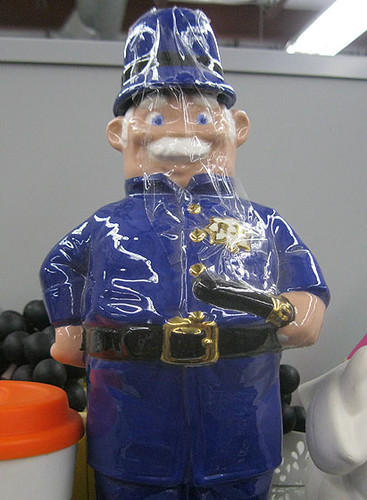 Hard to tell what division he’s in. Chief of police of Christmastown? It does look a little like a snowflake pinned to his chest. Or some bird crap. But my vote’s on a snowflake, mostly because he looks so darn happy that it HAS to be Christmas, and because he’s taking a weird albino Santa into custody. But I don’t think you can blame the face-spasm grin on any festive winter holiday. It’s much more likely the booze. 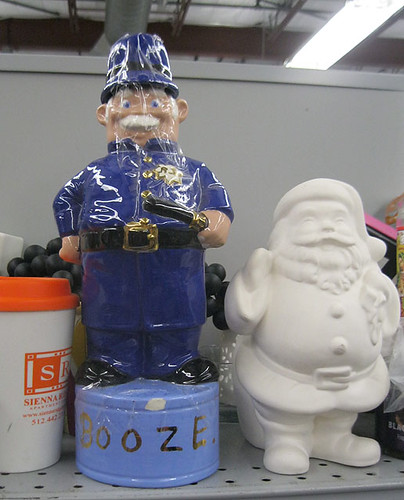 There we go. This explains the rictus grin. We’re either a one-man crime-fighting army protecting a dry nation from the tyranny of gin, or we’re a racist stereotype, but an insanely happy one. I’ll take door number two, thanks.