First rule of daycare: do not let bears into the nursery. I don’t care how cute they pretend to be–and a bear can be pretty cute, from a distance anyway. Up close they’re a little jowly and smell of bear–you don’t want them near the cribs. It’s like a buffet at the most litigiousÂ  restaurant imaginable. Try to explain it to the parents. “It was only a young bear. It was wearing diapers, anyone could have been fooled.” 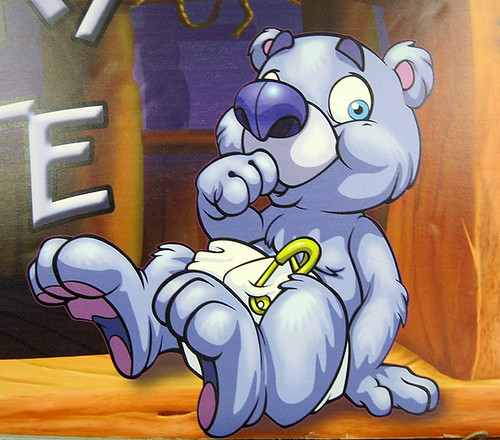 A convincing disguise, but I do wonder how it worked the safety pins.

Relevant to nothing at all, those are some really amazing legs. Rocket-powered. That thing must be able to leap 20 feet. Which would be really frightening. “Oh, honey, look at that cute baby bear 20 feet away.” *BOIING* “Oh god gedditoffgedditoffGEDDITOFFFFF!” 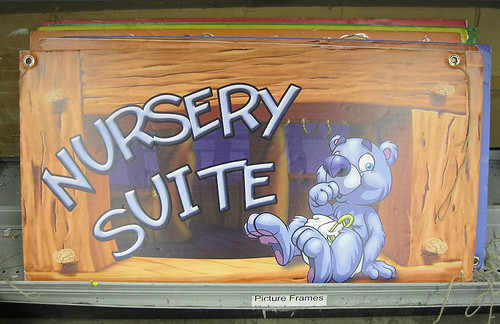 Never, ever trust a spring-loaded bear. That’s not wide-eyed innocence, that’s a bear that just found a smorgasbord. 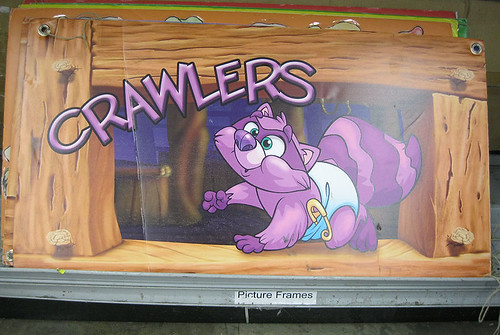 Hmm…how can you tell if a raccoon is a “crawler?” And how do you keep them out of the trash can? I’m more comfortable with the raccoon than the bear. The worst the raccoon will do is get into the Gerber baby food and spread creamed bananas over half the room. Which, really, is exactly what any kid would do in the raccoon’s position. What separates us from the beasts is that when we do it mom takes pictures and posts them on facebook.

Now, here’s where the artist gets, in my opinion, judgey. I mean, how many rodents walk around on their hind legs? And if they did, who are we to call them “wobblers?” Be kind to them. If you lost the use of your legs in some sort of accident but kept right on going, would you want to be called “courageous,” or a “dragger?”

And how do you tell whether an ambulatory squirrel is a “wobbler” or a “toddler?” Is that a useful category? Is it ruthlessly enforced? “We’re sorry, we saw him wobble. Throw him into the wobbler pen, and give him a towel for the drool.” 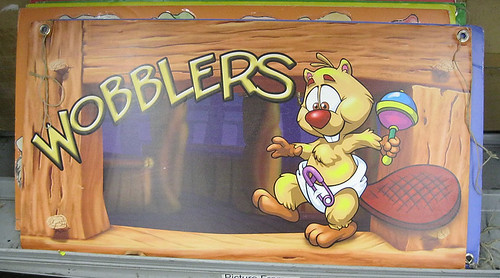 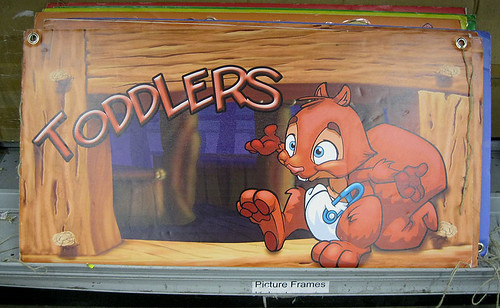 Toddler, or Russian dancer? He could bepracticing his moves. I’ve seen rap artists take a v-e-r-y similar pose. Although usually without the big blue eyes and diaper. Or the two-foot tail. Although I’d pay to see “Vanilla Mice”Â  in a live show, it’s been a while.

At some point, the artist stopped caring and passed the torch. 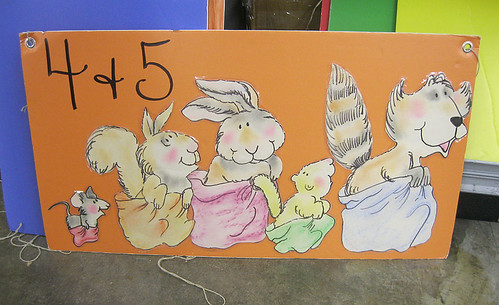 When I stuff live rabbits into a bag, it’s called animal abuse. When an illustrator does it, it’s called signage. And personally, I call that unfair.

One Response to “Small fuzzy animals in Diapers (and bags)”