My family, my stump

This one’s a bit like those weathervanes that spell “NEWS” or maybe “SWEN” or whatever depending on which way the wind blows, except of course that none of this turns to face the wind and gauge its direction, because that would be way too useful. The only possible use for this peg is capturing a moment in a family’s life, which it fails to do because it is, in fact, in the junk section at Goodwill. Plus, this thing, whatever it is, spells “JEDS”, and that’s even less helpful than “SWEN”. Maybe it’s the team name for the Jedi Academy’s football team? The Fighting Jeds? Rebel Jeds? Rebel, definitely. 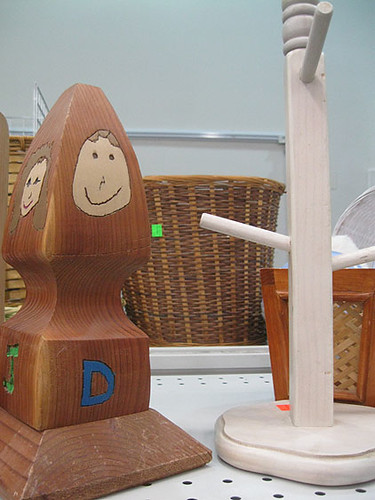 Mom. Sister. Ambiguously-gendered Osbourne-esque uncle. No telling. But his/her/its hair is slowly deflating in the east, and may just be a fur wrap to disguise its rapidly receding hairline and strangely angular cheekbones. Cheekbone, anyway. I don’t know where she was when the bilateral symmetry was handed out. 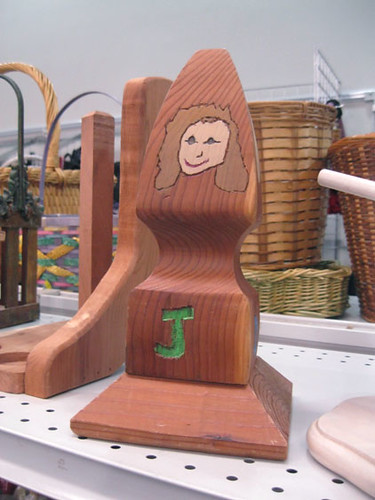 Subject 2 we shall simply call “E”. 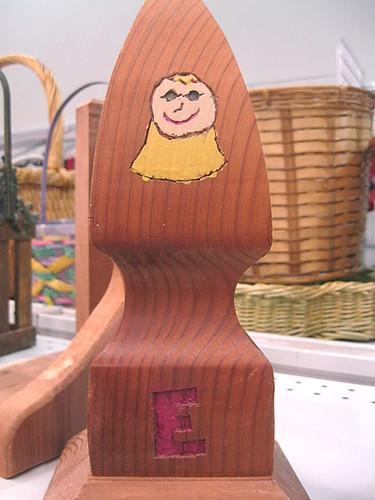 E…E has no legs. E is basically a head with a tarp and some sort of strange levitation device. E might, in fact, be blind, with glasses hiding his the sockets that once were his eyes. Sometimes, E drifts from the ceiling of his dark, web-tressed room to settle on visitors…the lucky ones survive. 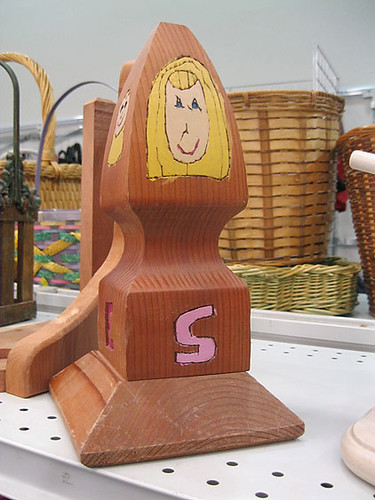 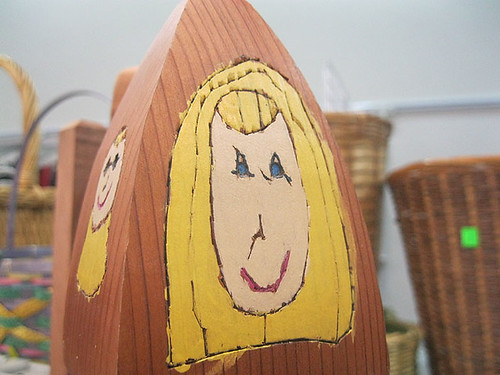 She’s a bit like Voldemort’s mean big sister, the one that made little Tom Riddle turn to a life of dark magic just to gain any sort of superiority over anything at all. That smirk has nothing of love or decency in it. Just after this smirk, but just before she steepled her fingers, she said, “…now hand in your exam booklets. There will be no curve.” Fear her, but do not under any circumstances take your eyes off her.