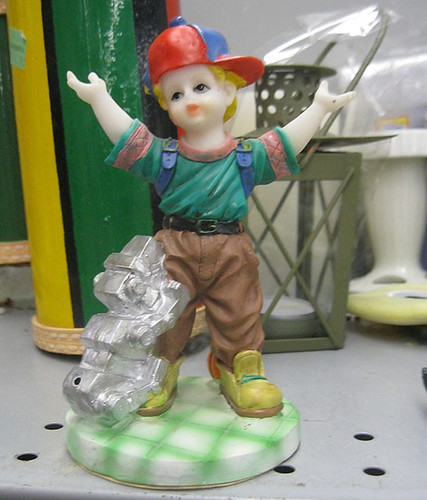 Except of course I’m paid by the word, and I work HARD for my $.57/week.Â  I can only speculate that the sculptor’s intent was to show how excited the AIBO was to see its master coming home from school. And, in a sense, mission achieved, assuming you meant definition #3 of “excited.” 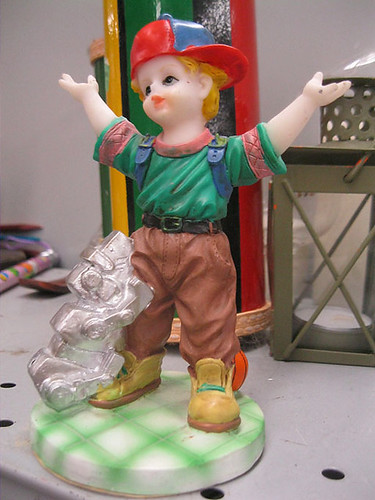 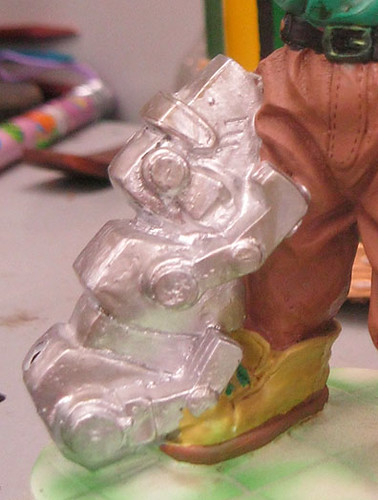