I think he’s been under too long.

Don’t you hate the way your body gets all wrinkly and pruney when you’ve been underwater too long? Particularly your skull? I hate pruney skulls. I’m a little worried about this guy’s air tank, it’s apparently been nibbled apart by silverfish. But I don’t think he particularly cares. About anything. The blessed apathy of the dead. 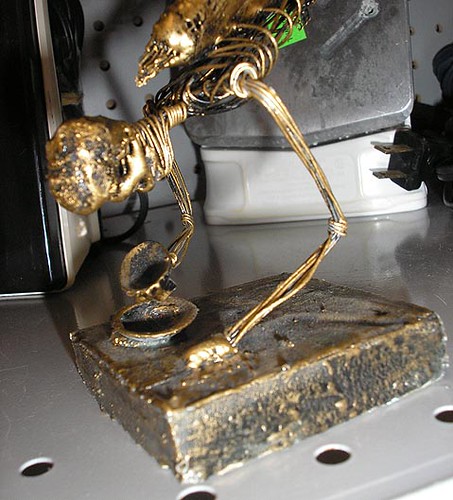 Poseidon told him that if he found enough pearls, he might be allowed a small, sweet taste of oblivion before the next boat sets out. Poseidon…such a joker. This is a clam bed. 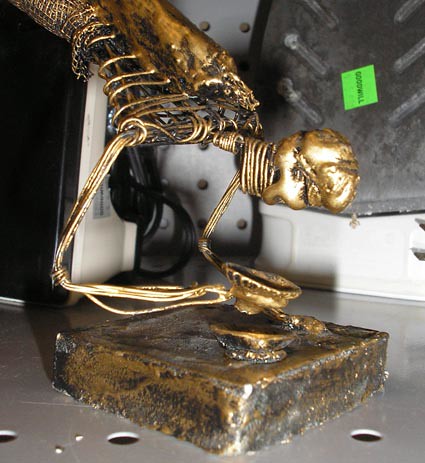 This was the exact moment when he snapped. But there was no-one around to witness it except the clams. Pity the poor clams. 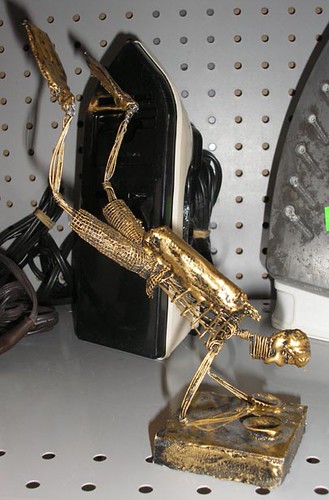 It’s amazing how much the coral formations in the intertidal zone resemble household appliances. You can almost hear Jacques Cousteau narrating. “The oceans are filled with many dangers. Most fish avoid the Steam Iron Coral, except for the endangered Poached Blenny, who has already been steamed and schools with jars of tartar sauce.”

Whoo! This little guy’s been lurking in my junk drawer since Christmas 2006! Fly free, little bird! Goodwill on 2222 and Lamar, Austin. Yes, clams can sometimes cough up pearls :)