Bunnies: Tall, thin, kind of stupid, and in bondage

Gentle readers, we ask you now to lower your standards, just a touch, as we lean back and try to get away from this tribute to Easter. Do these guys look just a bit deep-fried, puffy and golden to anyone else? Is it just me? It might be. 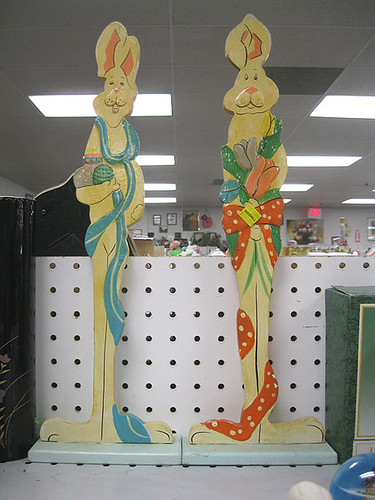 Easter is nothing if not scantily clad and maybe just slightly blotto. If the mall Easter Bunny dressed like this, someone would press charges. Unless they were really into rabbits. In which case, they might like the next guy/girl/rabbit. Who frankly strikes me as just a bit whorish, in that special 1980s self-promoting singer sense of the word “whorish” rather than someone who actually trades Cadbury creme eggs for favors. That would be wrong. I’m not sure what we’ve achieved here, but it’s definitely less wrong than that. 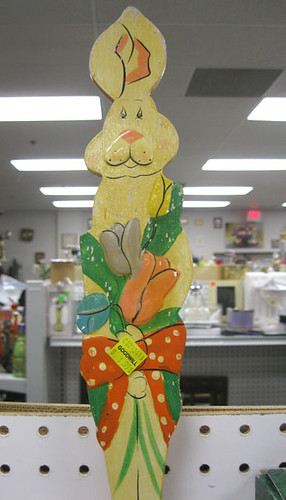 I didn’t know that corn dogs came in designer colors. Or that the Easter Bunny coyly hides his basket behind a bouquet of said designer corn-dogs and barely-concealing ribbon. Is this appropriate for children, or a high religious holiday? 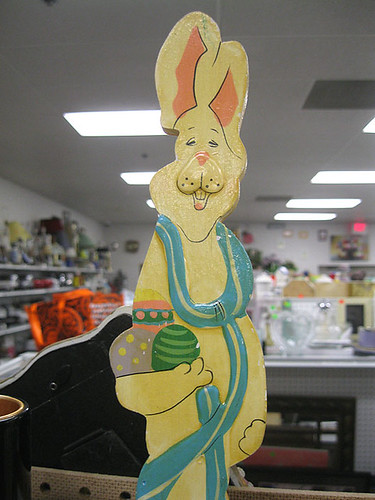 Gods, this rabbit just let himself go. We’ve got the weird beer gut, crazy “Lady Godiva’s Had a Few” ribbon wrap, and now he’s stumbling out to pass out vodka-filled eggs to the kiddies. Won’t they be surprised! This has the disreputable edge of “bunny after a serious toga party,” and that’s not a look I’m comfortable with. 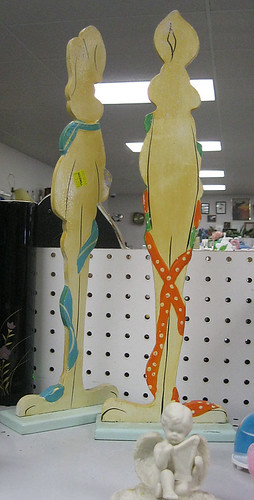 The angel wisely turns away from this shameless and prurient display, as should we all.

One Response to “Bunnies: Tall, thin, kind of stupid, and in bondage”