If Devo made an album celebrating the virtues of the rejection of pride, love of modesty, and a propensity for geometrically precise facial hair, they might just use this for a cover.Â  Actually, I really loved Are We Not Mennonites? It really captured the mood of the early 80s. Except no, it really didn’t.

Ahem. Enough with this “fun.” 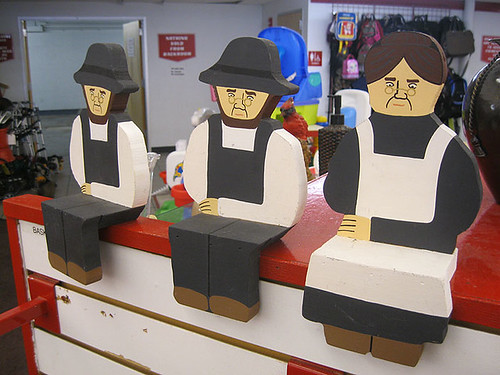 Who are these people? Why are they sad and angular? Did someone steal their curves? Did their joy deflate, leaving them mathematically perfect representations of frustrated plainness? For some reason, they’ve decided to take on a somewhat Napoleonic aspect. If the Southpark guys did a cartoon about an Amish community’s insane asylum populated by little emperor wanna-bes, this would, ultimately, be the result. Now you know. 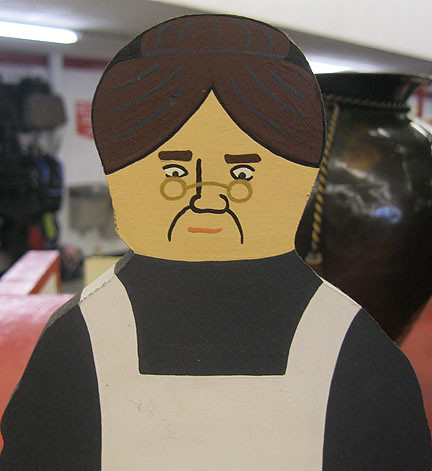 Someone, somewhere, is watching you through the internet, and disapproving of you. And really, can you blame her? Every click is 30 seconds you could have spent contemplating deep and profound plainness. In this, you have failed. 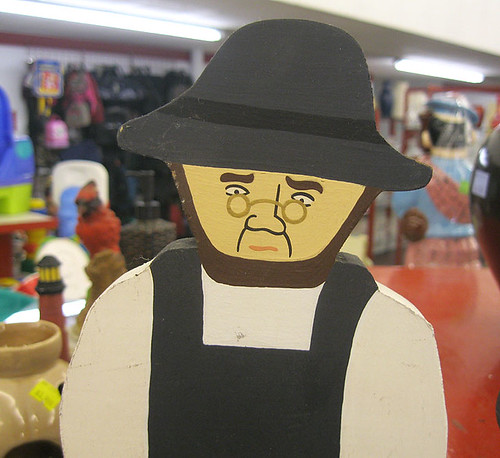 Of course, he really wanted to be a male model. This is the face of dreams crushed by the cold, uncaring heel of reality’s hobnailed jackboot.

I was giddy with that schoolboy thrill of photographing sad wooden Amish crafts. I thought life was, really, about as good as it could get. But at the next endcap, it would just get better.

One Response to “Weird and Amish”