As it turns out, the reason the Amish figures were possessÃ©d of a stark and disturbing regularity was because they were only recently departed from the mothership on the orders of their hive mother, Ha-Beatrice, Empress of the Pleiades Colonies. Here she is in all her glory,Â  along with her pet husband, Earl. Say hello, Earl, you’re allowed. 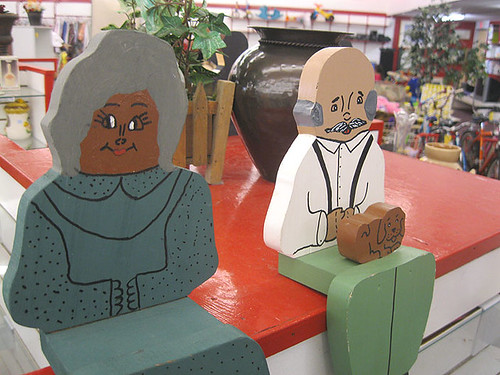 Beatrice’s powers emanate from her eyes, sweeping beams of energy that annihilate all life before her. Or at least make it check its shoes to see if it’s tracking in dirt. She’s actually not so big on the annihilation. More into emasculating her husband, really, which doesn’t even use up as many watts of weird eye radiation. 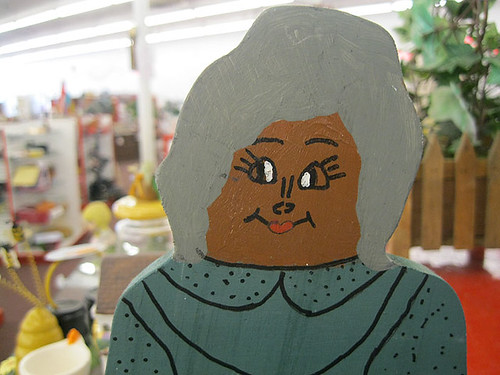 Kind of like a cat. A startled cat, one who tasted regret and was expecting tuna, but is still hoping for tuna. Cats and Amish grandmothers with powerful eye rays are nothing if not optimists. 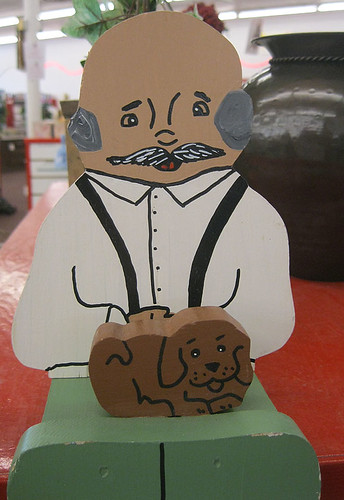 And Earl…Earl is nothing if not utterly defeated. The dog’s got more dignity, and he’s only six squiggles and some dots. Maybe Beatrice will let him have some self-respect, if he asks nicely.

One Response to “Weird and Amish II”