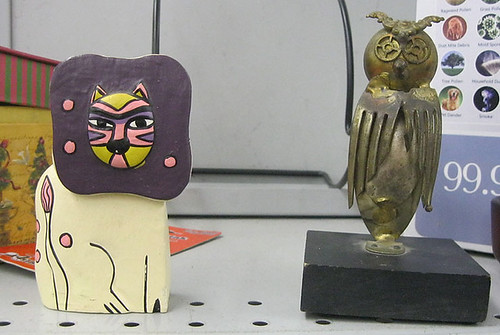 It’s kind of like a children’s rhyme, if there was a series of rhyming couplets about a lion that escaped from the early 80s facing off with an owl made out of discarded utensils and a few clock parts. “Timepiece owl and rectangular cat, one was brass and the other was flat,” sort of thing. Together…they fight crime. 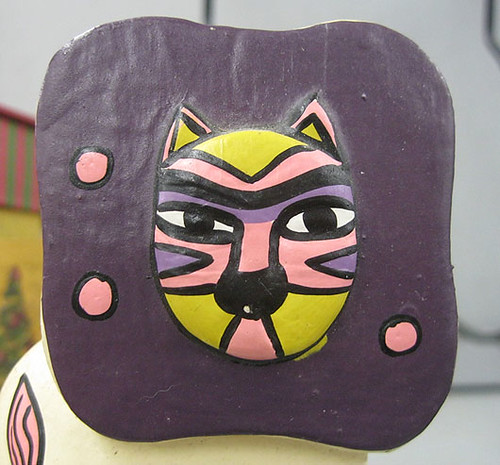 Probably not. Unless you could fight crime with your powers of pink buboes and a mildly ironic, hipster sneer. It takes a certain devil-may-care ‘tude to really pull off a square hairstyle, and we almost had it, until we ruined it with strawberry jawbreakers. 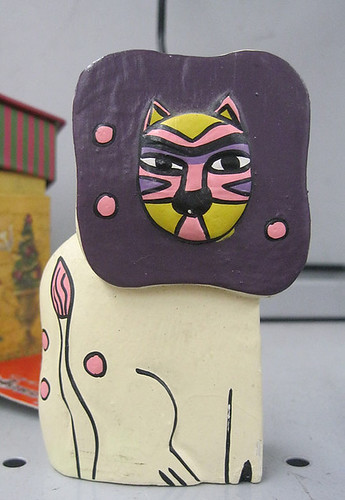 Oh god, they spread to his butt. Can anything stop the advance of this horrible condition? An early grave? Peanut butter?

To gaze into the face of a clock owl is to know fear, and madness, and experience a vague thirst for tea. The entire effect is kind of like a steampunk Harryhausen tribute, but on a very, very small budget. 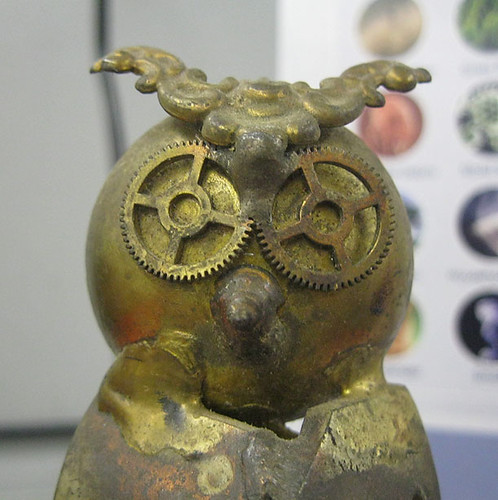 When he frowns, it makes the cutest little ticking sound. 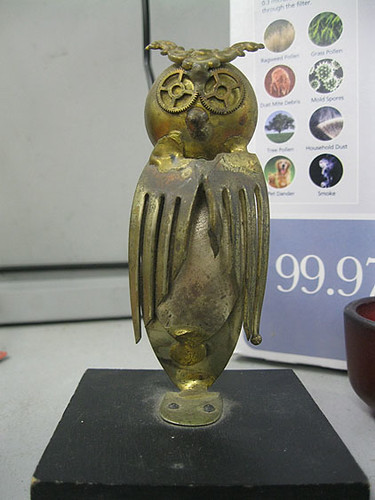 I’m not sure if this is an owl, a beer bottle opener, or a goth grooving to “Bela Lugosi’s Dead.” That’s a great “caped child of the night” pose, even if it is an owl. The widow’s peak kind of helps, but you’d totally run out of eye liner futzing with all those gear sprockets. The effect would be awesome, but it’d definitely be a labor of love. I think the bottle opener theory falls flat, because you’d get its nose in your schlitz, but really, is that any more or less plausible than that it’s just a gear-fork owl? I didn’t think so.