One thing they learned after Christopher Robin’s tragic disappearance–never let a child play with a bear.

Particularly one that just ran out of honey. 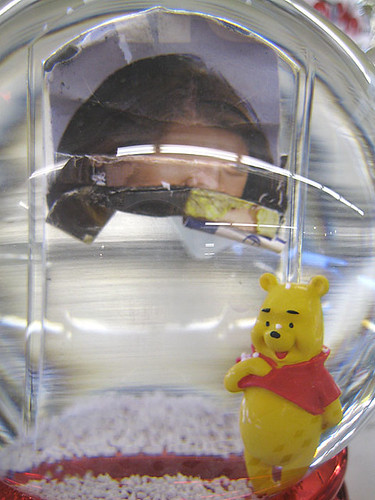 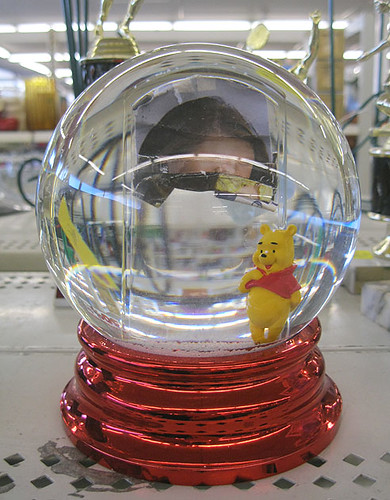 Okay, not a horror per se, but what the pooh, it’s Friday. 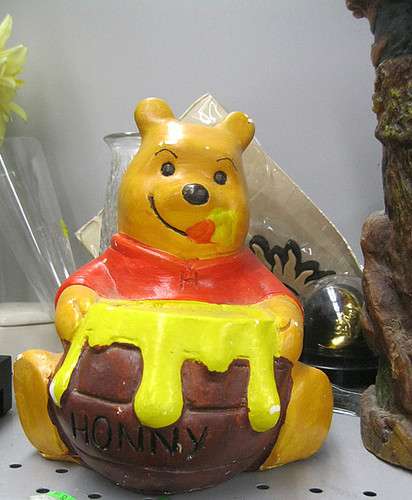 It’s Friday, and dammit, I’m sharing my ill-formed gummilump with you. I’m having a hard time figuring exactly what it is about this little guy that I find unsettling. The head that comes to a misshapen point, that’s odd, not normal even for bears. The weirdly predatory eyes, a little creepy, but not a deal-breaker.

I think it’s that he’s rising out of the honny pot like some sort of clodlike honny elemental, terrible and adhesive. That’s probably it. At any rate. 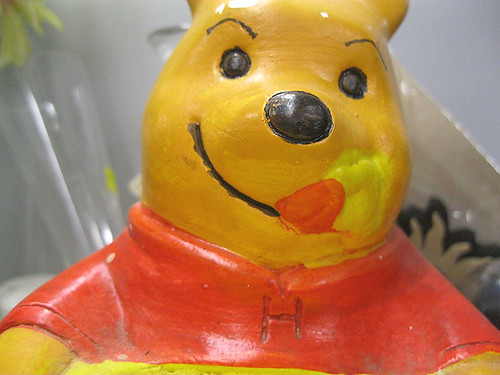 I think someone got too close to him. There’s still blood on his face. Blood…and honny. 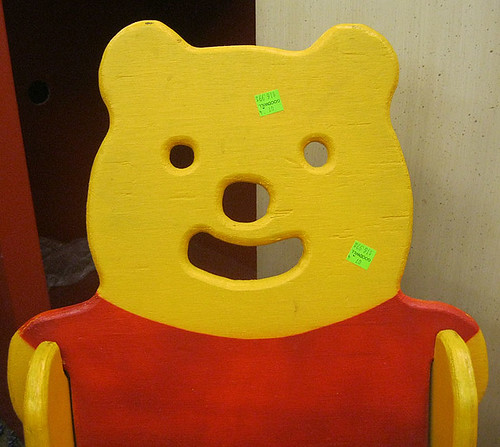 Greetings, I am Winnie, the one who is Pooh, whose eyes are the star-filled void. Sit upon me, and tremble. 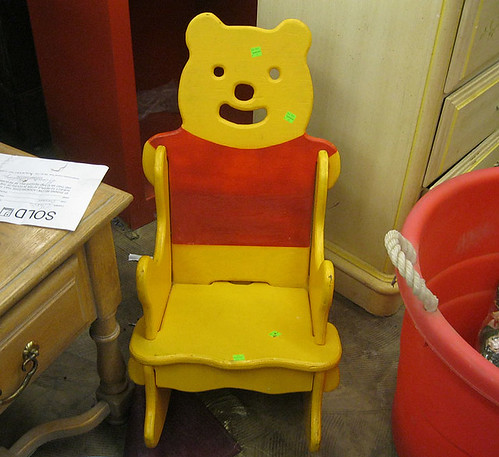 This particular pooh is a very complicated organism. He has feetknees, weird boney protrusions from what might normally, in a universe that made more sense, be called a lap. In the meantime, you may sit upon him, if you wish, but we are not recommending the experience, as he’s still pretty manky after all the honny.

Winnie the Chair from the Oak Hill Goodwill, Snow-Globe Pooh from Texas Thrift on I35 near 51st, DIY Pooh from GW on 2222 and Lamar, Austin.