A Game of Shells

I just want everyone to know, this post is entirely the fault of L. A., who demanded shell art. Blame her. L. A. blogs about shells, and apparently wants to see them humiliated.

The game had gotten intense. The four players were well into the third hour of the game. They were out of clams, and someone suggested they start bidding snails. Which worked, until the snails started crawling away. So they glued them down, and now Ed was sticking to his cards. But this was serious poker. As serious as shellfish. 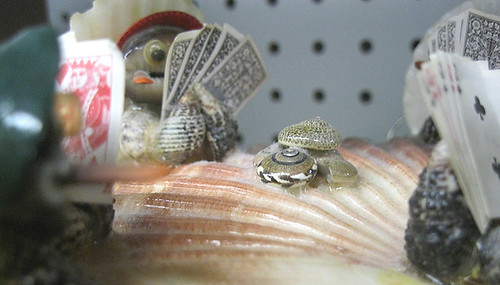 It was hour three, but only hand four or so. Things were going a bit slow tonight because it’s really hard to guess if someone’s bluffing when they’re a cowrie with googly eyes. The eyes just say “WHEEEEE!” and cowries all pretty much look like they want to eat your head for holiday dinner and use your neck as a festive candleholder. So, it was anybody’s guess whether a fixed, terrifying grin meant “stay” or “fold.” Even a straight flush seemed like a pretty long shot in this game. 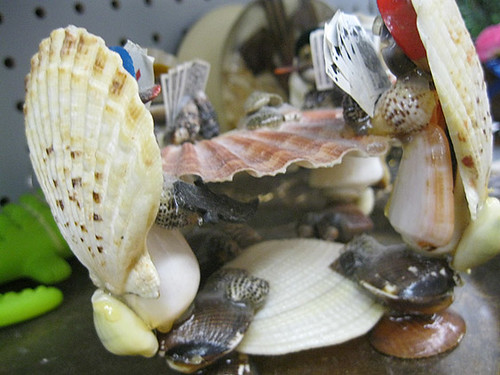 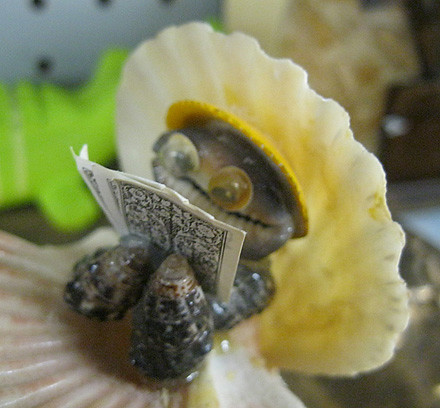 Really, they only let Zeke play because he brought the beer. Last time, he ate his hand.

It’s best just to let him hold onto a set of cards, tell him that he won, and clean up the drool when he’s done. 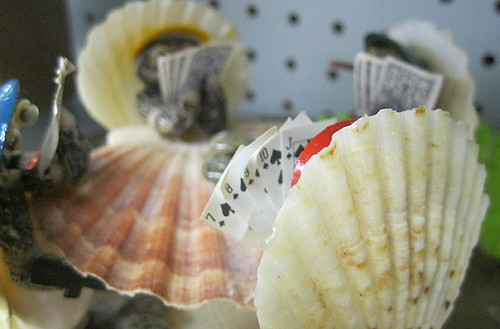 Shell poker night is kind of like the Special Olympics. Everybody wins. I’m thinking there’s something wrong with that deck of cards. Or someone let Zeke shuffle. If the cards are sticking together, probably the latter. 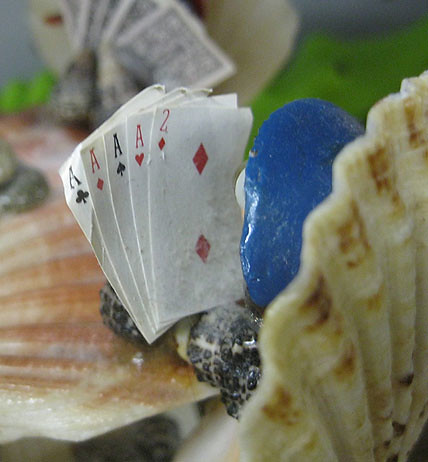 What, no fifth ace? This hand sucks. 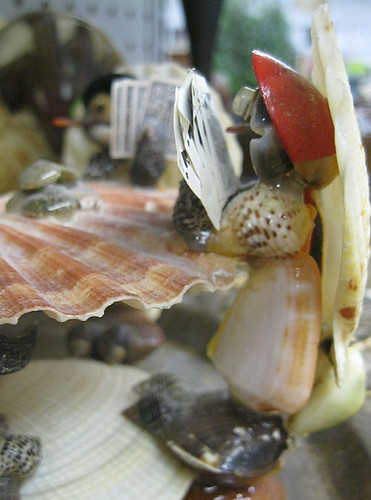 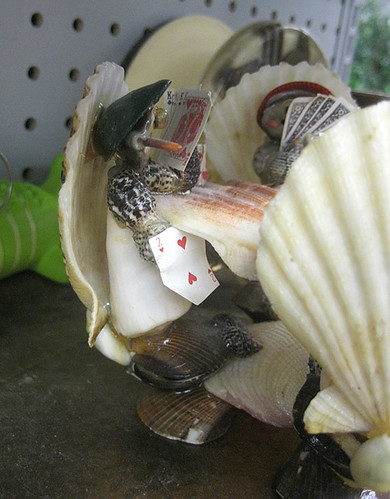 I’ll just hold onto this deuce as a tie-breaker…just in case. 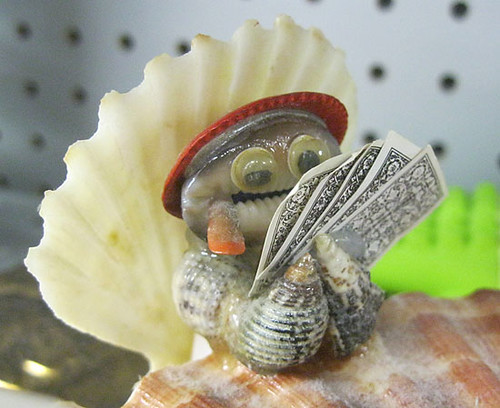 This is just unseemly. Wipe off your carrot every once in a while, seriously. It’s starting to get a nice patina going. Nobody wants to see that. 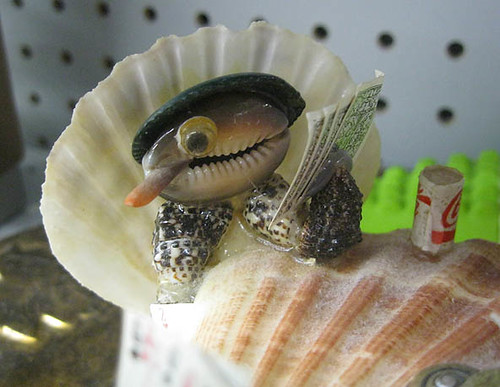 Poker does strange things to a man. Or a cowrie. You see…things you never thought you could. I saw a full house take a man’s eye out. It was sixes over eights over his eye. Damndest thing ever, like playing blackjack with Tom Waits, everyone just ends up one-eyed and kind of crazy. You want to see the cards I’m holding?

…Didn’t think so. A wise choice, my friend. 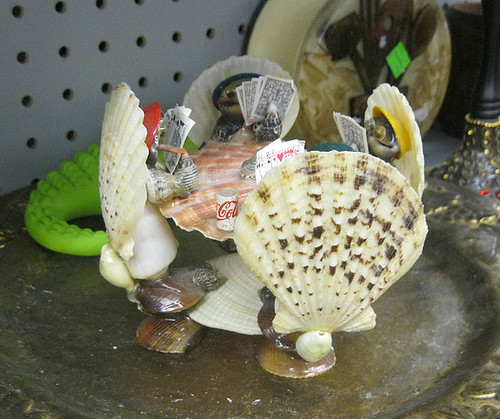 Day two, still trying to figure out who’s bluffing. I think this game’s going to be going on a while. Someone check out ESPN4, maybe they’re running curling again.

One Response to “A Game of Shells”