The Glory that is Pooh

Turn your head. Turn your head lest his glory blind you, and melt your face like nazis staring into the Ark of the Covenant. No-one can look upon the full majesty of Pooh without coming away from it changed, transformed, or even…destroyed. 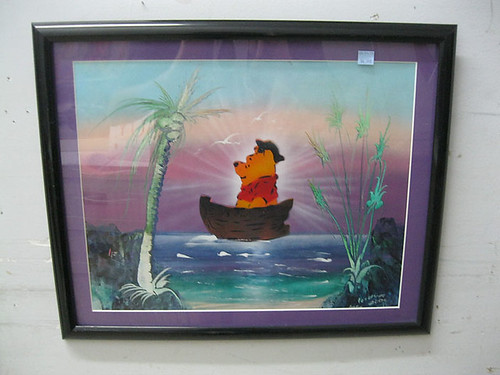 Perhaps it’s for the best that he’s in a boat, otherwise his mere presence might be overwhelming.

Is he on the horizon? I can’t tell. Maybe? If so, he’s the size of his Macy’s Thanksgiving Day Parade blimp, and I don’t know where they’d find a boat that large. I’d imagine there are some indigenous tribes that have legends of a great bear in a boat, bringing them the dawn each day. This is that bear. 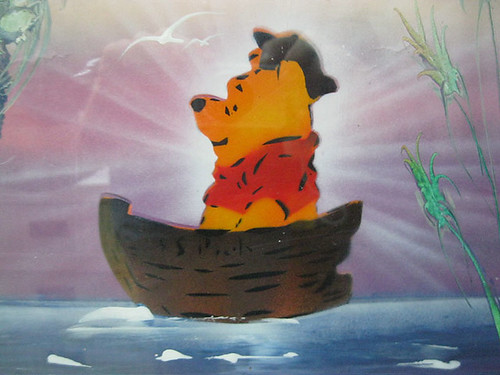 He’s a proud captain, and ruthless brigand. They called him Captain Yellowbody, scourge of the seas. Specifically, those portions of the seas containing ships containing honey. Mostly he kept his scourging to the British Honey Company. So, it was a fairly finite reign of terror overall, unless you were trying to make ham or something. 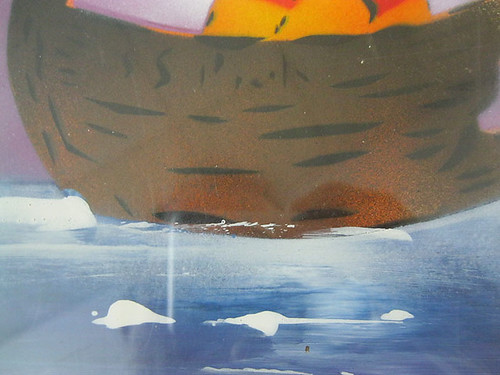 Is that the SS Prak? File that one under Regrettable Ship Names. Try again, Pooh.