And lord knows, we’d hate that. 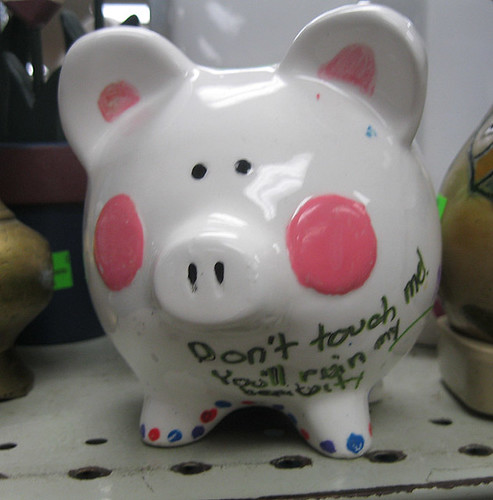 I like this pig. There’s a lot going on with this pig. I do, of course, admire it’s beafuituity. It is, really, quite beafuituific. But beyond that, it’s kind of the shared fiction anthology of ceramic pigs. 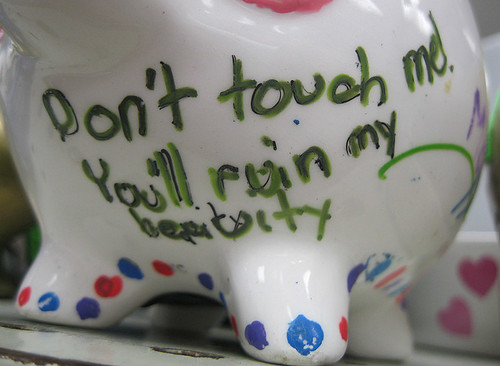 For one, how many pigs do you know that have ground effects and chaser lights? Not too many, huh? We thought so. No, this pig’s piggies are lit up like a movie marquee in dazzling reds and blues that lend a subtle grandeur to its understated grace. As the spider said, some pig.. Some pig with LED runners. 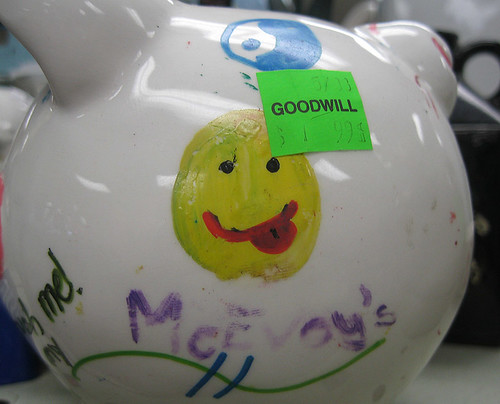 McEvoy’s: Teacher? Restauranteur? You be the judge. But at least you know, when you go to McEvoy’s, you’re in your happy (if somewhat ironic) place, 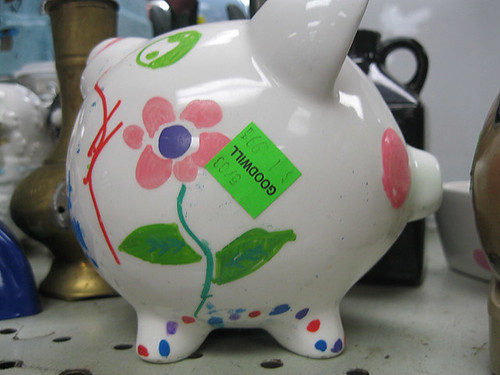 Actually, that’s a pretty nice flower. I like the veinwork on the leaves. Do pigs normally grow flowers? My estimation of them goes up significantly. I thought they just grew bacon. And LED chasers. 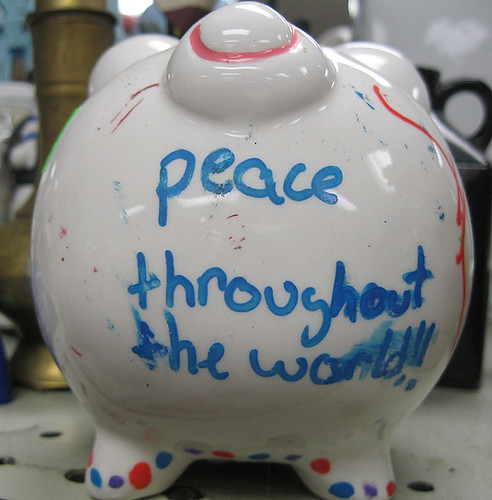 …which really is a curious sentiment to put, let’s face it, on a pig’s ass. In a way, it’s very ecumenical. “Peace throughout the world!! Which would obviously include the most war-torn, blighted, impoverished nations imaginable, because it already includes a pig’s ass. ‘Throughout the world’ holds all things, from the lowest to the highest. Never forget this.”

Goodwill on Metric and 183, Austin. A curiously pig-rich shopping experience, not sure why.