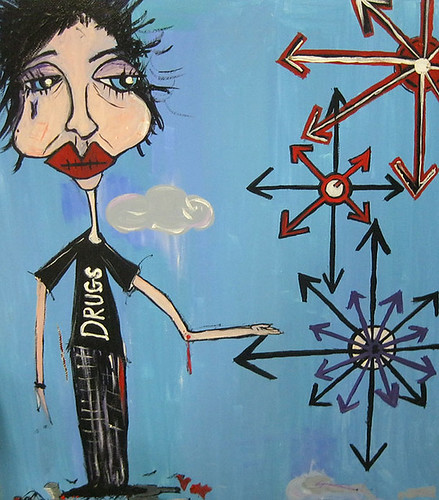 You don’t want to be this, do you? A young Johnnie Depp, but with Catherine Zeta-Jones’s lips? Nobody wants that.

Truth be told, I’m not entirely sure this isn’t actually endorsing drugs on some level. I mean, she, or possibly he, maybe it–has really managed to slim down. True, there’s the grotesque facial distortion, but it’s a look Joan Rivers seemed to strive for, up until her death.

Yes, she’s still on TV, but the vital functions ceased in the mid-90s. They only animate her for brief “Hollywood Squares”-type appearances, and the occasional guest spot on Sesame Street.

The jury is out on what the complicated arrow thingies portend. They strongly resemble the international symbol of chaos, at least the death metal and RenFest chaos, not the particle physics chaos. I’m not sure what Mr. Depp thinks about them. He appears to be introducing them, Vanna White style. “Heeeerre’s Chaos!” *polite applause* 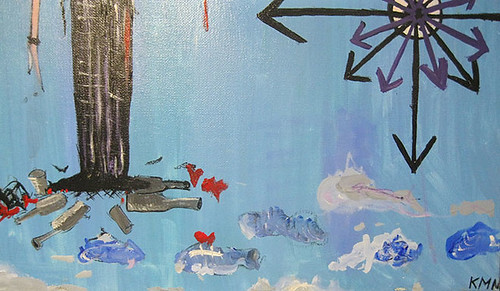 Drugs make you litter. If you take drugs, you’ll end up leaving deflated blue footballs all over a strange periwinkle void. 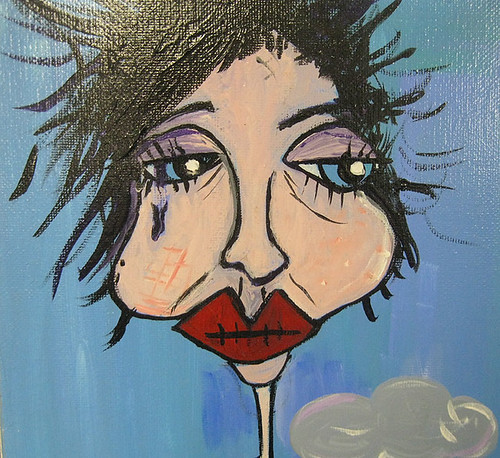 Plus, you’ll look like Joan Crawford’s screen test for “The Crow.” She would have totally gotten it, but, you know, fallen arches. 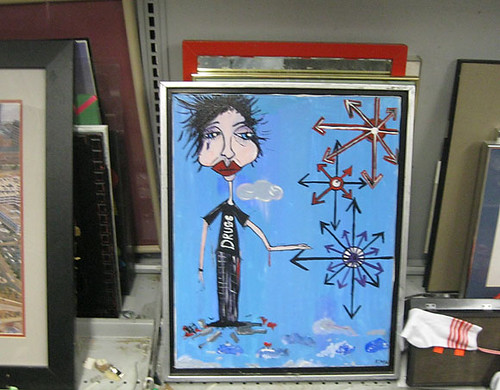