New Year’s Day, and we’ve finally gotten the dogs to come out from underneath the sofa. Hope everybody had their requisite amounts of pyrotechnics, champagne, and black-eyed peas last night! Or at least one out of three.Â  This little guy’s clearly had his fill of consumer-grade explosives for the year. 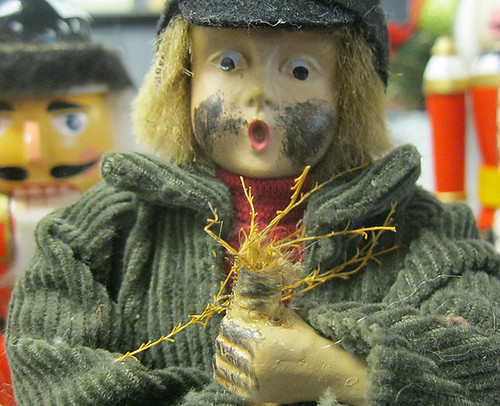 This WAS in the Christmas section. I feel confident that, somewhere, giving a waif a mid-sized explosive on the end of a string is traditional, though my google-fu is failing me on what culture might celebrate the solstice in this manner. He…he looks shocked. 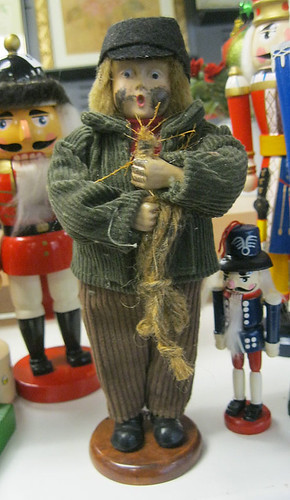 “It’s okay, boy,” the nutcracker said, a not-altogether-unwarm hand on his shoulder. “Your first one’s always a little startling. Next Christmas, you’ll be a pro.”

Cake decorations? Flowers? Publicity still from the new Broadway production of “Priscilla, Queen of the Desert?” 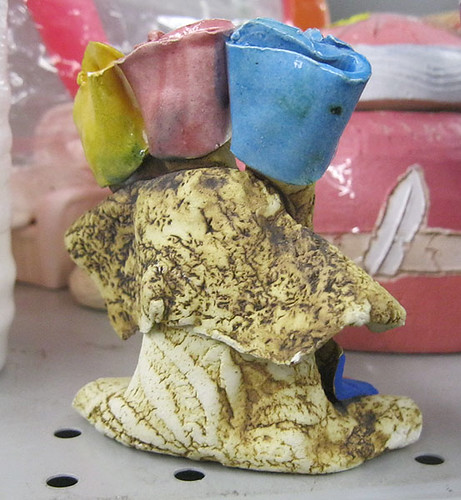 I’m not ruling out “Priscilla,” but I’m still a bit lost on the actual-factual. I’m operating under the assumption that this is Christmas fare,Â  sort of a “three kings” riff, but the weirdly-placed regional pride is not helping me here. 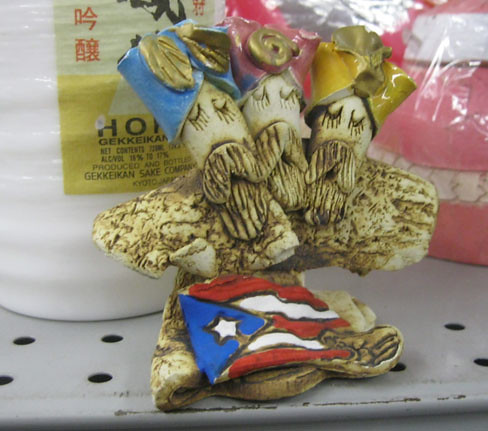 Bueller? Bueller? I did some double-checking, and the flag is the flag of Puerto Rico. The hats, though, are not as far as I know the hats of Puerto Rico, unless Puerto Rico has an unusually high fabulosity level. Something, somewhere, is clearly lost in translation. 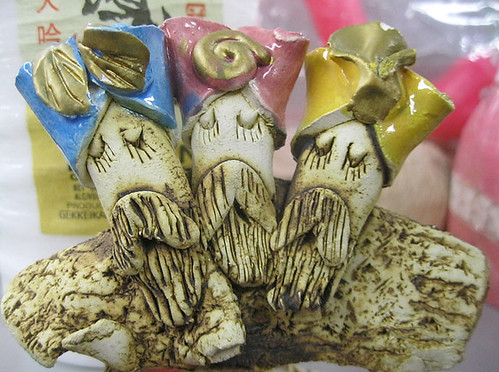 “And lo, there came three wise men from the East, bearing gifts of frankincense, and snails, and calla lilies. But just their heads came, that’s how wise they were, and Jesus wept.” 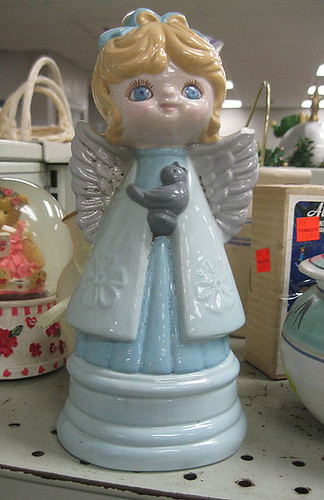 Angel, or bird? Which has the tiniest brain capacity? My bet’s on the bird. Did you know if you hold your ear up to an angel’s head, you can hear the ocean? It looks like both of them are going to break out into cheerful whistling noises any second.

“Did you invite him?”
“No…uh…I’ve never heard of him. But I think he brought better gifts. At least, better than myrrh.”
“Generally toys go over better at a baby’s first Christmas than funerary balms.”
“He only brought dolls. They’re kind of girly, aren’t they?”
“Yeah, but it’s still not myrrh.” 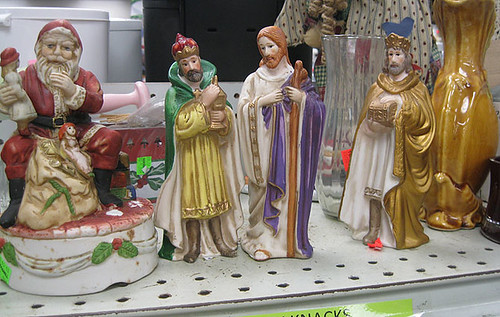 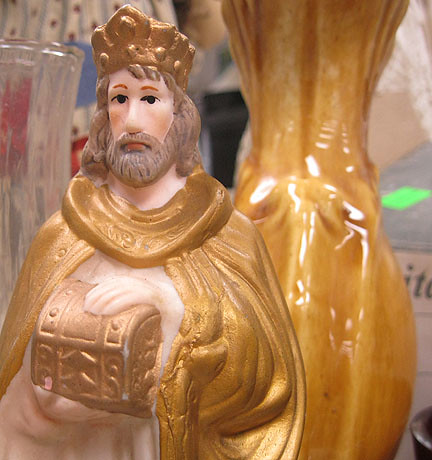 “I sold my hair to buy him a chain for his wristwatch, but by then, he’d already lost his hand in a bar bet. So…pretty typical Christmas, all told.” 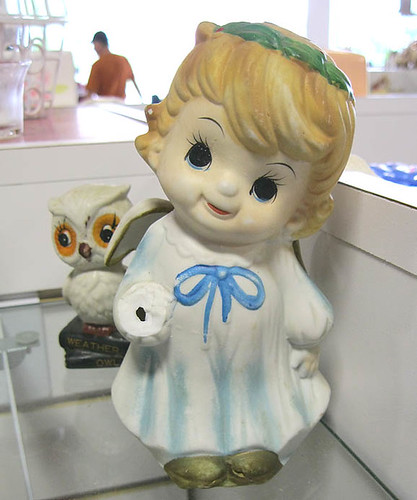 Creepy little guy…”Would you like my other hand for Christmas? It’s yours, just say the word. My hand, your stocking. That…that should have sounded better than it did.”

This Christmas..
for the people you love…
give the gift of springs. 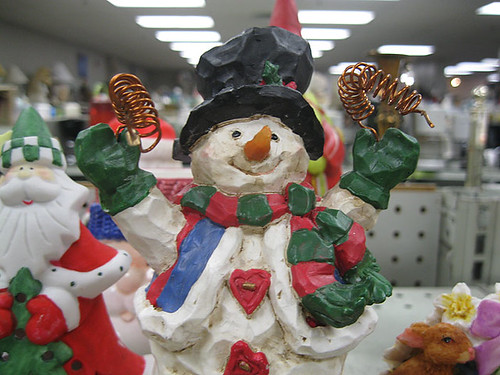 Boom! from Junior League of Austin on Burnet and 49th, enigmatic magi from Goodwill on 2222 and Lamar, horrible vacant angel from Savers on South Lamar, “Boiing” and “How’d he get here?” from Goodwill on 183 and Metric, and distressing angel in blue from Salvation Army on 1325 in Round Rock.