Yet another Christmas decapitation. This is probably a DIRECT consequence of having the entire Yuletide police force made out of elves. 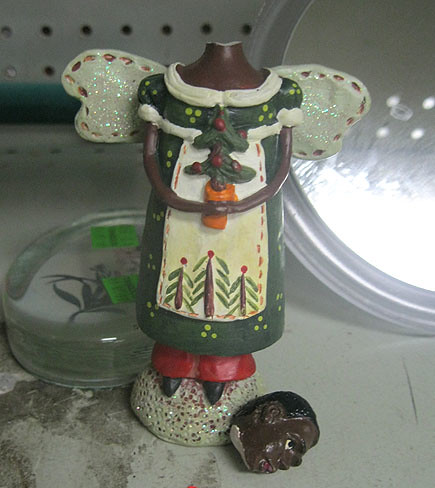 Friends don’t let friends be resin-cast. When you get into a car this Christmas, make sure you’re ceramic. 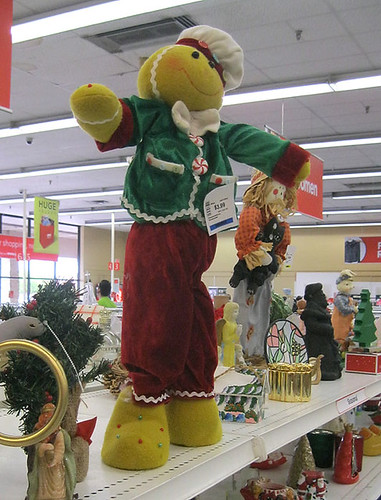 “Giant festive cookie-man” is actually a new category for me. I don’t think I’ll set up a tag for it, as this is the first one to grace my pages. But I think it’s highlighted my single biggest holiday regret this year: 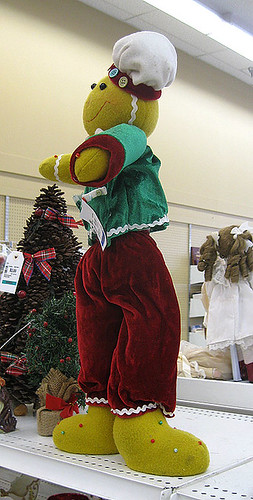 I regret that I don’t travel with a fistful of fresh double-A batteries, because whatever little dance this fellow does, it would have been absolute magic on toast.

I’m thinking this next one is only funny in my head. 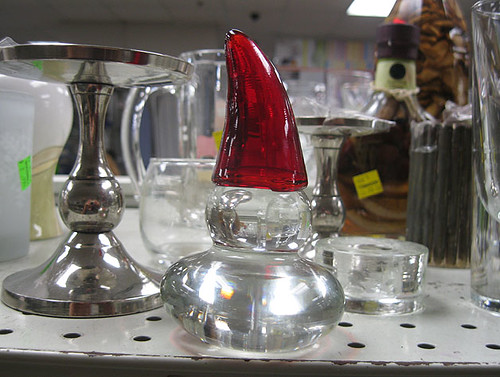 In part, it’s funny because I have never seen such a perfect, minimalist expression of a garden gnome. It transcends concerns of form and representation and goes straight to the essential gnomishness of the thing, the quiddity of lawn art, the basic gnomon.

But mostly it’s funny because I found a second-hand pyrex butt plug in this section once, and I’m having flashbacks. I don’t think the application that springs to mind was covered in “101 uses for a gnome.” Nor should it have been.

This shot represents one of a vast panorama of tiny figurines that magically appeared one morning at the Goodwill on Parmer. I took photos of all of them, but can’t for the life of me remember why, it seemed funny at the time…this one, though, seemed like a keeper. 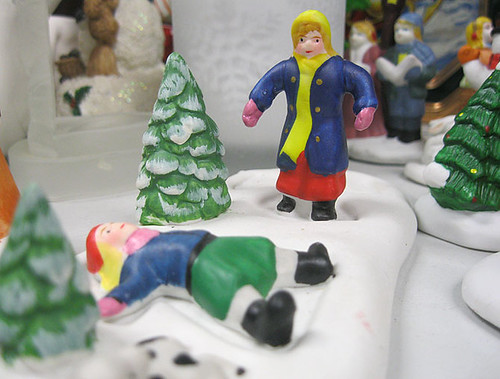 “Forensic analysis showed the victim to be a blond girl, possibly in her early teens, possibly younger. A detailed examination showed no evidence of Hummel collectability. The press has already listed her as another victim of the snow-angel killer.”

Does YOUR Santa have a…problem moustache? 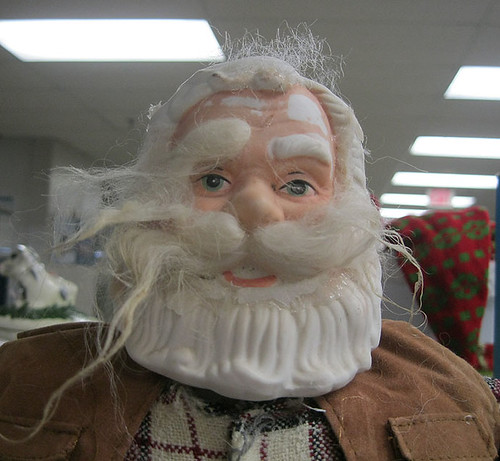 If your answer is “Yes,” or “God Yes,” consider having all his facial hair replaced with a thick layer of caulking! It’s durable, washable, and best of all, no cookie crumbs! 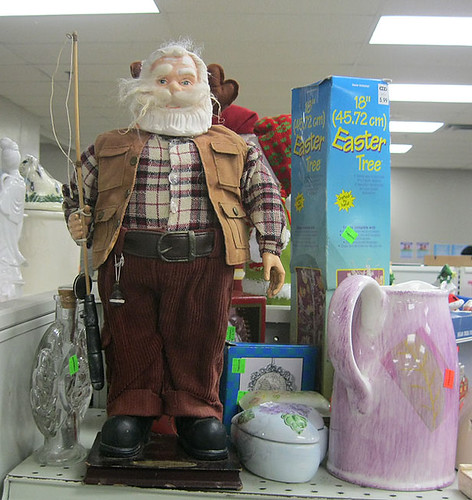 Once in a while, Santa likes to escape from Mrs. Claus, go up to the northern lakes in Canada, take the fishing pole, and go a little feral. It’s in his nature. He comes back home with a half-pound of bracken stuck in his hair and smelling of caribou, but once he gets that out of his system, it’s back to the toymill. 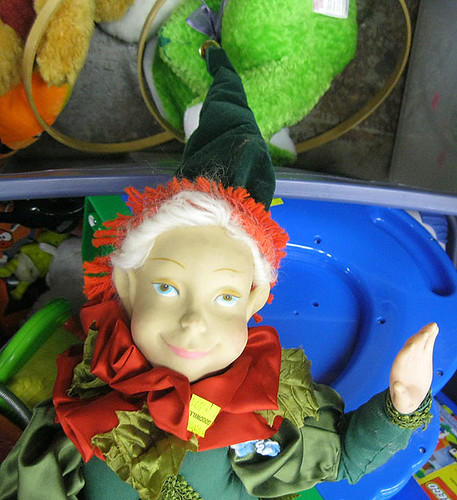 …on the matter of elf rights. A lot of people say Santa’s abusing the elves, that he uses his status and reputation to get away with something that’s nearly slavery, paying his workers with no more than a fistful of cranberries and maybe some hot chocolate in return for over 64,200 tons of toys every year. And there’s some truth in that. But, really, have you ever actually looked at an elf? 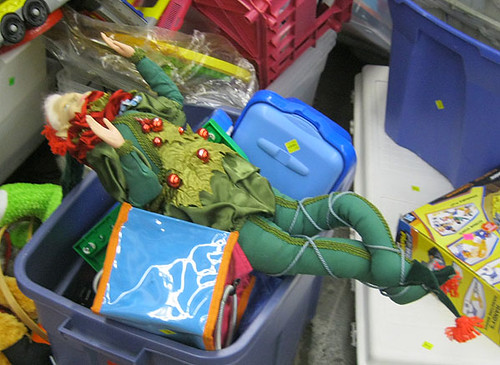 Seriously, better that they stay at the north pole and as far away from civilization as possible. Anything that voluntarily wears those booties is NOT fit for life outside Santa’s Workshop. 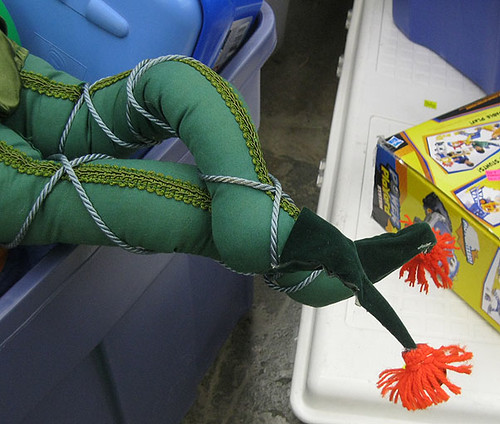 Angel decapitation and “Death in the Snow” from Goodwill near Parmer and I35, Giant Festive Cookie Man from Savers on South Lamar, Insertable glass gnome and Frizzy Santa from Goodwill on 183 and Metric, Creepy Elf turned up on January 8 at the Goodwill on 2222. Seriously, January 8. Like I had a camera with me that day. Stupid elves.

One Response to “The Christmas Massacre Continues”