We’re not sure either.

Honestly, the whole world of “high school art” generally just makes me a little bit sad, rarely does it ever actually frighten me. But I think we’re edging there now. 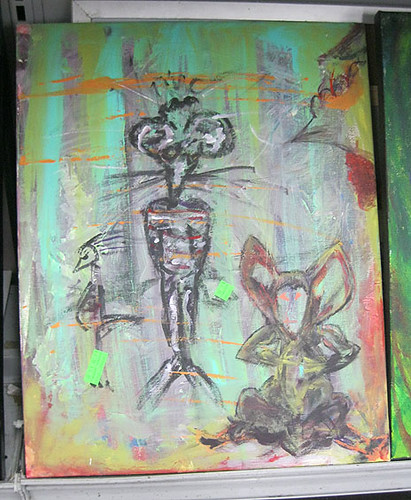 Mainly because I’m feeling like this might actually be some strange religious icon–“rapture of the dead pigeon,” or Pigiata. And if that’s the case the artist may have actually out-weirded the Unitarian Universalists, and that takes some effort. 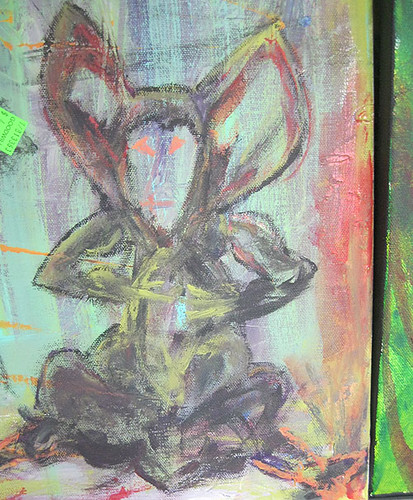 Not sure what it is. But pretty sure you’re not supposed to feed it after midnight. Or really ever, feeding it might just encourage it. It’s bad enough that it’s a nightmarish bastard crossbreed of a care bear, Ross Perot, and a necrotic penguin, you don’t want to feel vaguely responsible for it somehow. 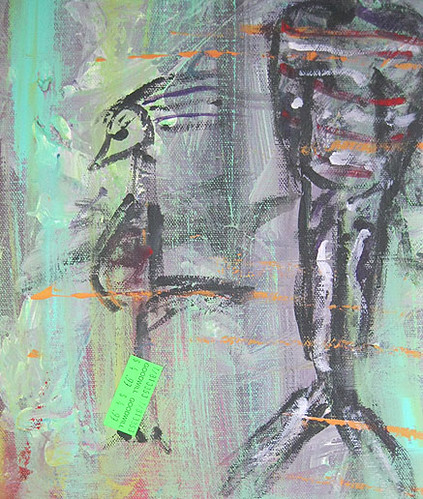 After the bird apocalypse, the last thing the starving, desperate members of the human race saw was this thing drifting over the horizon in a silent, still mockery of flight. TheÂ  particularly superstitious or foolish or Unitarian Universalist among them tried to placate it with worship. There is no more terrible way to die than a 700-gallon bird poopie. 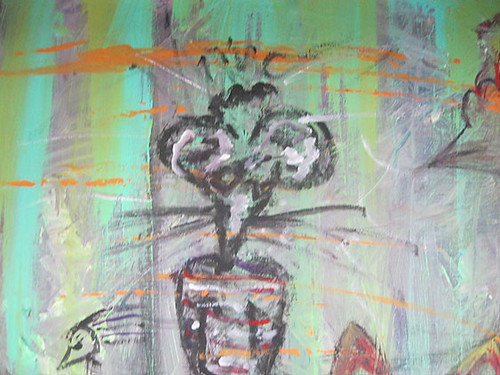 We don’t know either, but we think we saw this on “Ren and Stimpy” when we were much, much younger. Saturday morning cartoons were far, far too dark for us, and we longed for the blessed silence of televised golf.

2 Responses to “We’re not sure either.”