On the good ship Sink-or-Swim

Greetings from Goodwill’s Blue Hanger, where even trash may die. This one, unfortunately, sank. I was able to fish it up from the bottom of a huge bin of misfit toys, where its life was being strangled out of it by an unusually tenacious Sargasso of beaded curtain and an unspooled ball of yarn, but I had to throw it back. It was too small. 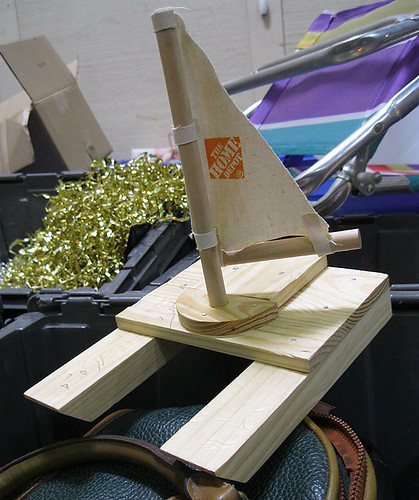 “All I need is a tall ship and a star to sail her by.”

The first voyage of the HMS “The Home Depot” was cut short when the entire thing was capsized by a river otter. It was, in the craft’s defense, a particularly big river otter. 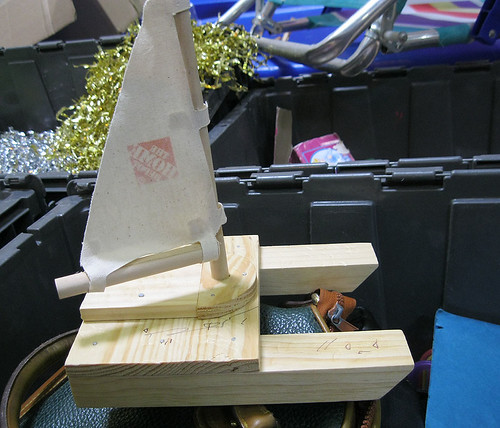 There are days when I feel like I need to have a special tag for “why did they donate this?”Â  But that’d be like setting up a tag for “tacky” or “unfortunate” or “clowns,” I’d just be spamming it every single post.Â  And to be fair, there’s some real advances in boatmaking here. The The Home Depot can ever flood or take on water, because it’s made of planks. It’s unlikely to rust, either, or take damage from salt, because it’s made of planks. It might suffer from a broken mast, because of the aforementioned river otter, but really, the worst thing that’s likely to happen to this fine craft is that it might topple face forward into the water because it’s both top-heavy and front-loaded, but let’s be realistic. If you were using the The Home Depot for anything more involved than a short jaunt across the lake, you probably more into this for the whimsy than the seamanship. 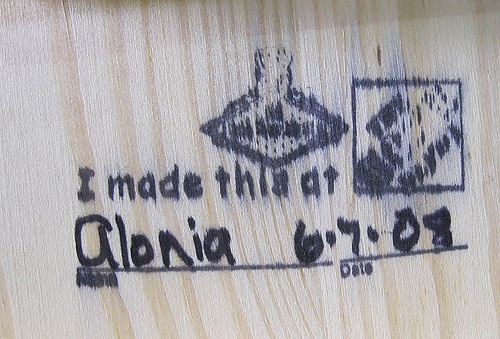 It iahbh hnbin to you to! Another fine product of The Br Divit. Not only is Alonia a shipwright, carpenter, and designer, she also does children’s parties. Hire her for yours!