I heard an interesting little article on National Public Radio a while back about one of the last snowglobe repair people on the planet. How he carried different kinds of goo and snow and little festive parts, and knew how to replace dirty snow globe “water” with fresh, even transparent, versions of same, so that heirloom snow globes and little dioramas of precious memories could be. That man…that manÂ  has not touched any of these. Probably he would not touch any of these, except if he brushed them accidentally while putting up a tasteful sign apologizing on behalf of the general craft of snowglobing. 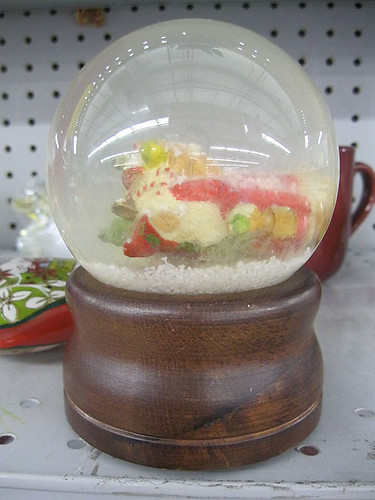 Really, the shock wasn’t finding Santa in a gutter. That was one of those “the other 364 days” events. But this year, the police suspected foul play. Not one of the elves…granted, they’d have the motivation, but elves don’t have the brain cells God gave a garbanzo bean. That only left Mrs. Claus, and Rudolph. Their alleged plan: kill Big Red and run off to some place a little less “the north pole.” 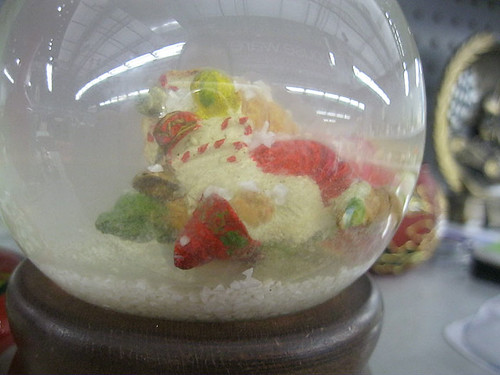 They would have gotten away with it except for the hoofprints and reindeer pellets around the body. Another plot foiled, but another Chris Kringled.

No doubt about it, Mr. And Mrz. Fezziwig’s annual Christmas Ball was the highlight of the year in East End Victorian London. At least it was, until the 1886 tragedy, brought about, no doubt, by one too many shipping pallets of plum puddings. 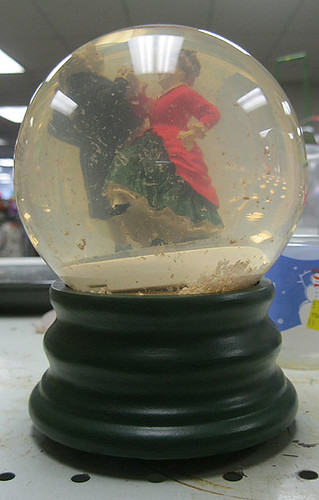 One too many racks of puddings, one too many quadrilles…one too many Christmas fatalities. The way the warehouse lurched horribly in 6/8 time was mentioned in several popular tabloids, and placed as a six on the Rossi-Forel Earthquake Intensity scale. 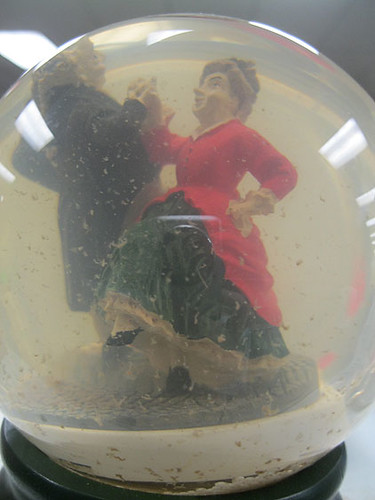 Gentlemen, let this tragedy be of some small moral instruction to both yourselves and your acquaintances of the fairer sex: After your sixth pudding, put down your spoons. 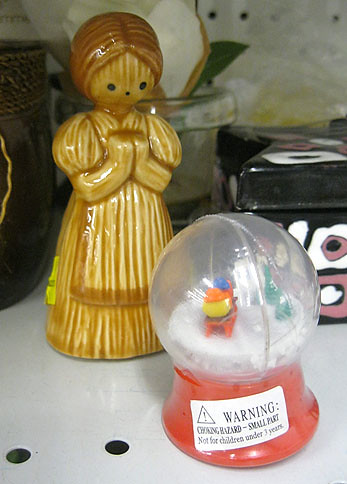 “It’s the most beautiful thing I have ever seen.”

The shipment of tiny snowglobes to the village of Spurge’s End was a richly appreciated annual tradition. There was some fear of the choking hazard, but because of a rare condition achieved through dedicated inbreeding, the people of Spurge’s End had no mouths. 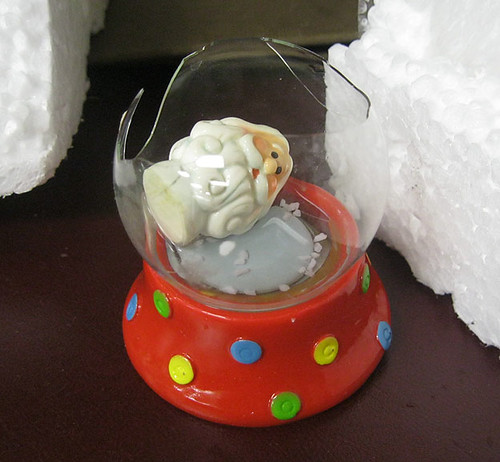 Aaaand, a not-a-snowglobe, but in the broad family of snowglobe-like-phenomena. This gives you some sense of what it must be like to actually be Santa, on his one special night. A sense of festivity, generosity, and acute motion sickness. It’s kind of impressive what Rudolph was able to do once he kicked all the dead weight off the sleigh…well, almost all the dead weight. Enjoy, but take some Dramamine first.