Just a steaming pile of Christmas. 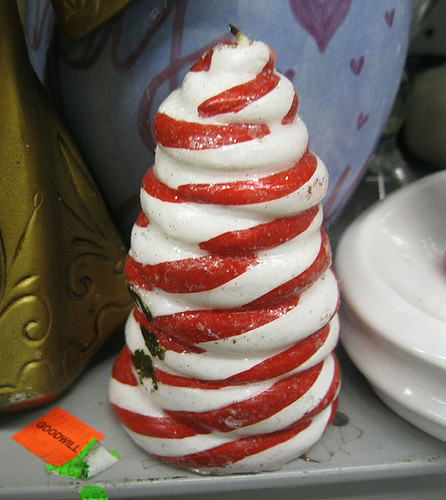 I really think the “wet loops like a soft serve” look just never quite works. Particularly with the sparkles. The overall effect is as if one of Santa’s elves had a little emergency, right in the middle of Savers’s housewares section. Really, he should have tried to hold it until he got to the romance novel section, it would have been funnier, but with elves frankly you’re lucky if you can even train them to go on a newspaper in the corner.

I hope this wasn’t a scented candle. It probably was, I don’t remember. I can’t even imagine what it would smell like, the aftereffects of all those sugerplums, possibly. What’s a sugarplum, anyway? Probably what Santa shovels into the elfpit every night. 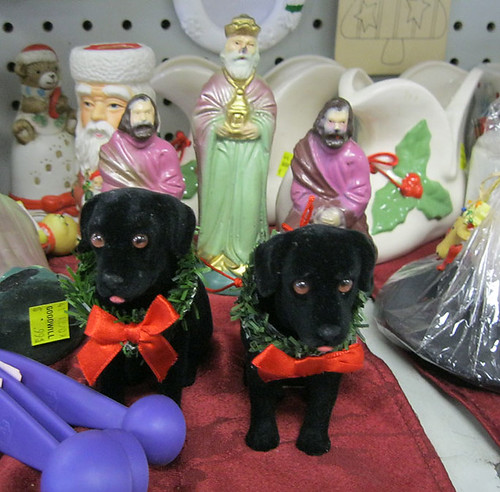 I like this a lot better than the camels they usually ride, because black Labrador puppies are frankly a lot cuter than a camel any day of the week, but this really lacks a certain dignity. Puppies just don’t command that special “We Three Kings” grandeur that goes with the song, which I remember as being “slow and stately,” if my fading and frankly port-addled recollection of the church Hymnal is accurate. Labrador puppies are more “frenetic and spazzy.” Less “Pomp and Circumstance,” more “Theme from Benny Hill.”

Maybe it was so they could sneak out of King Herod’s lands with a little less post-epiphany hassle. The border guards would have melted. “Awww…puppies!” 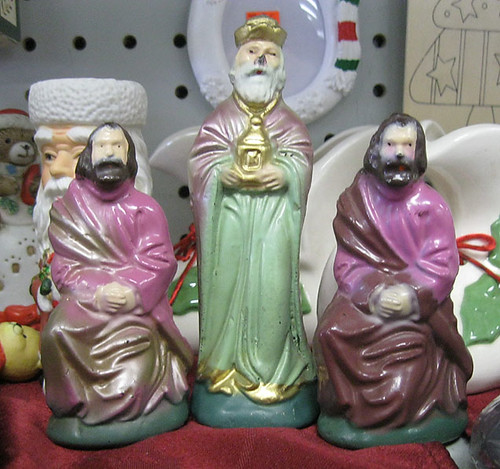 Hmm…maybe they weren’t going for “Stately and Dignified” after all. If they were, they should have washed their faces after snorting shoe polish. I’m just saying. And why did the guy at the left chrome his robe?

On that note, did someone CLONE a magi? That’s got to be illegal somehow. “Lo, three kings came from the west, though two of them were genetically identical, you could tell them apart because one of them had his robe spray-painted gold. And the angel of the Lord said unto them, ‘daaaaw, puppies!’ And gladly they went to Bethlehem, except when they passed by squirrels or a cat.”

Really, I wouldn’t want to be a nutcracker. I’m not sure I could get the job, if the principle requirement is “must brake nuts with teeth.” It’s no wonder there are so very many nutcracker failures at Goodwill. But this one’s special. 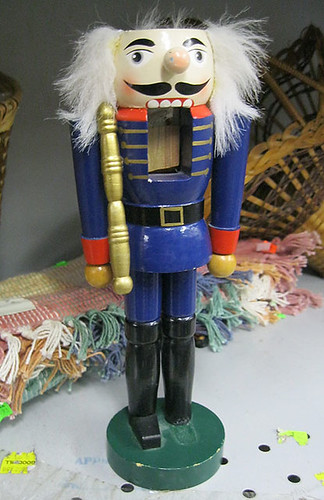 I really hope that, when this guy cracked his last thick-shelled walnut, there was an amazing “BOIOIING!!!” sound as the top of his head popped off. Maybe it landed in the punch, and just floated there, like a disturbing Christmas mole. “Woah, watch where that thing landed, we’ll probably need it later.” 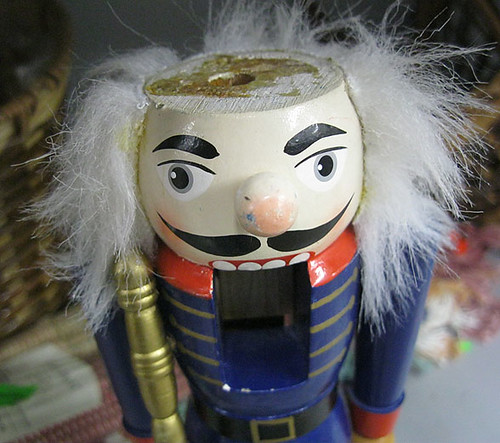 After the operation, he wasn’t a very good nutcracker anymore. Not only were the nuts, well, uncracked, but they were covered in drool too. It really wasn’t very festive.

This next guy…well, he’s not really very CHRISTMASSY, unless in your part of the world everybody gives each other foxesÂ  for Christmas, which would be AWESOME, except for the smell. And…well, maybe it’s funnier in my head, I’m still a little sleep-dep’ed and tryptophan-addled. 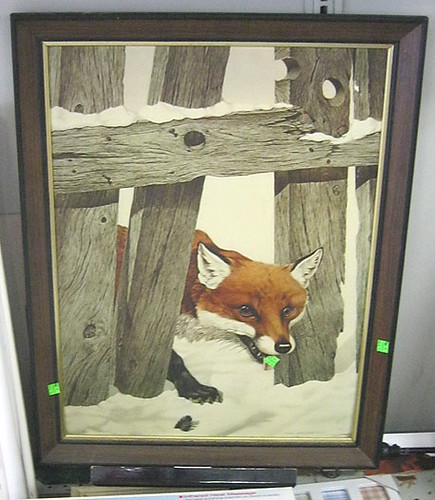 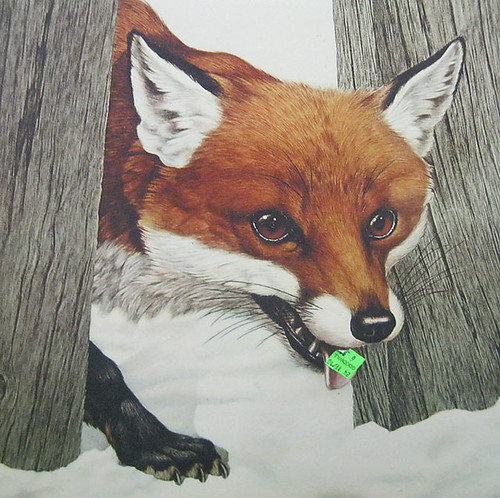 But I thought it was funny. It’d be funnier with sound effects. Bleah!

I need a caption for this next one. Maybe “Take one house, and add a half cup of milk.” Or “You will be visited by three ghosts…really BIG ghosts.” Or “I’m not sure that the baby Jesus is going to be in this one, it’s kind of small.” 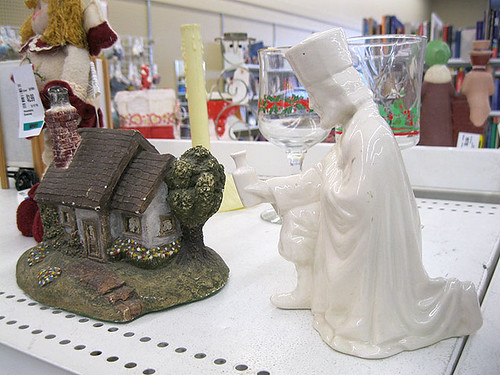 I do know I’ve seen a LOT of nativities, and clearly, none of them were to an accurate scale. Giant 15-storey wise men striding across the land, leaving devastation in their wake and scaring hell out of shepherds is a much more interesting story than yadda yadda frankincense yadda. Go, you awesome monster wisemen, go. 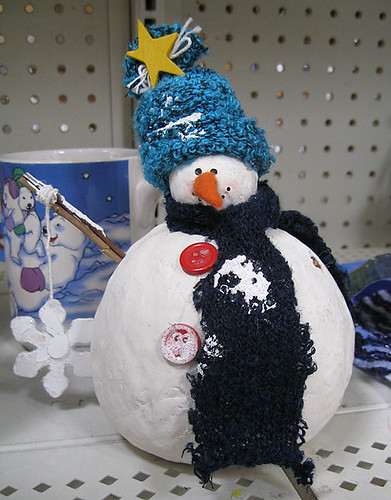 …I think I snowed up on myself a little.

One Response to “Just a steaming pile of Christmas.”