It’s good to get these silly myths out of your system early. That iconic image of an aging Native American warrior on a horse looking eastward, a single tear rolling down his cheek? Wrong. Based on 400+ year of a misapprehension. 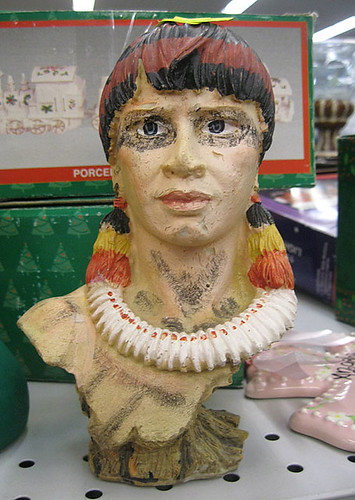 Centuries of cultural war between Native Americans and European colonists were started entirely because the local New England tribes wore far, FAR too much make-up, big froofy earrings, and apparently died their hair in elaborate concentric circles. As staunch far-right religious conservatives kicked out of the country for being irritatingly non-British, the Puritan colonists were horrified (or secretly titillated) by their initial encounter with a tribe of shirtless, made-up men with large, full lips, and wrote up an extensive 200-year pogrom before the ink had dried on the Mayflower Compact. 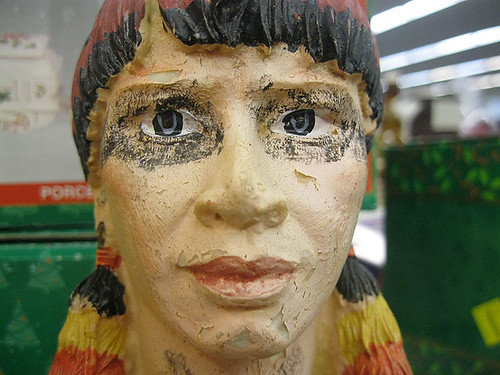 It must be said, though –at the first Thanksgiving Dinner, Miantonomi’s turkey rissotto with cranberry and sweet wine remoulade was fabulous.

Little-known fact–members of the Haudenosaunee tribe traditionally adorned themselves with tattoos commemorating their first utterly failed hunt. This fellow was viciously trompled by a Great Dane, a particularly auspicious trompling. 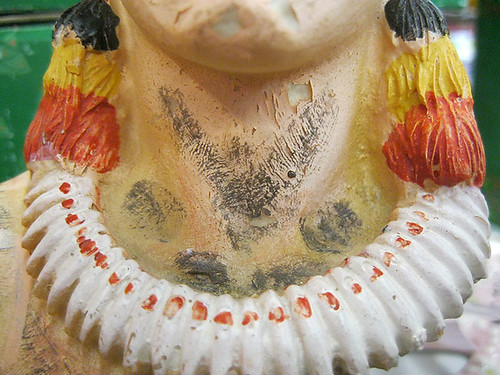 Well, I thought it was a guy. I’m not sure, though, the pixie cut is kind of flattering, but looks more like a youngish Ellen Degeneres than any sort of noble savage. Those fake plaster indians, always breaking gender roles. 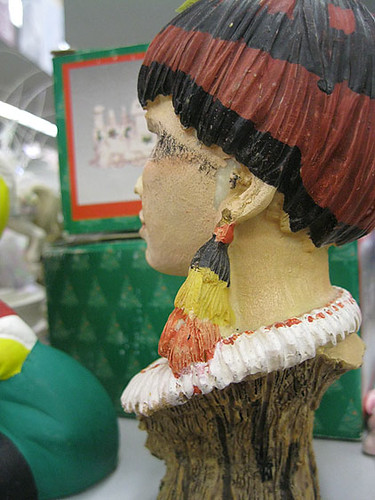 One Response to “That whole “noble savage” thing”