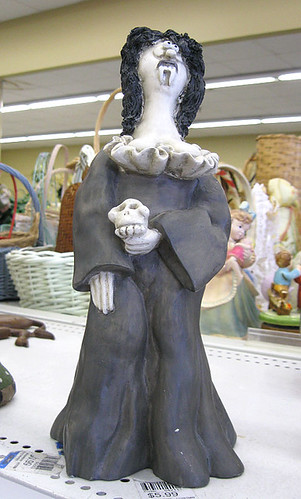 It’s the darkish lady of 50% gray saturation, risen from the dead to drain all the toner from your photocopier! For the love of god, save the gem tones! SAVE THE GEMTONES! 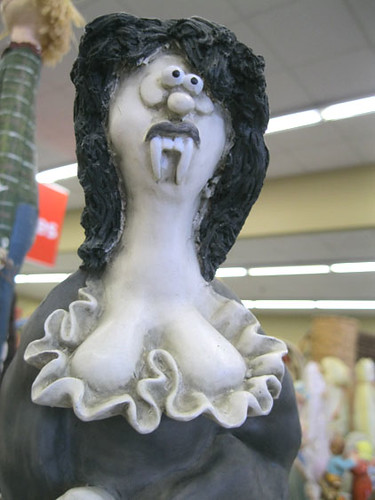 There’s an old legend about how the patron saint of bakers got her patronage. Apparently, she was engaged to be married to a pagan king, and decided she would rather be Christian than be married to a pagan king. So, as is was done in the days of martyrs and pagan kings, he gave her an informal, untutored round of breast reduction therapy. Miraculously her breasts grew back (which is, actually, an amazing little miracle, if touched with whimsey). Ultimately she died anyway of a bad case of pagan betrothal, but her icon showed her holding a platter of two pale, doughy lumps that were NOT steamed buns. But neither here nor there. And I really have no idea why I’m rambling about this, except that she could easily be the patron saint of leeks or other pale root veggies, if she had half a mind to go down that road. And weren’t undead, because there are no vampire saints.

Except of course for Saint Mareaux the Exsanguinated. But he was decanonized in 1836 for excessive eyeshadow. 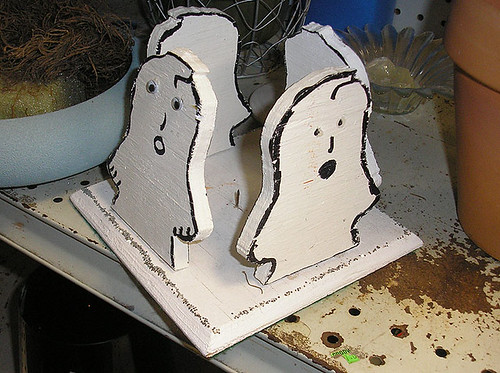 I’m not sure why I thought this was funny. I did, it was REALLY funny at the time–something about weird trust-building exercises like “don’t fall backward and spike yourself!” that ghosts play. But it was 2008, and I was a different person then. 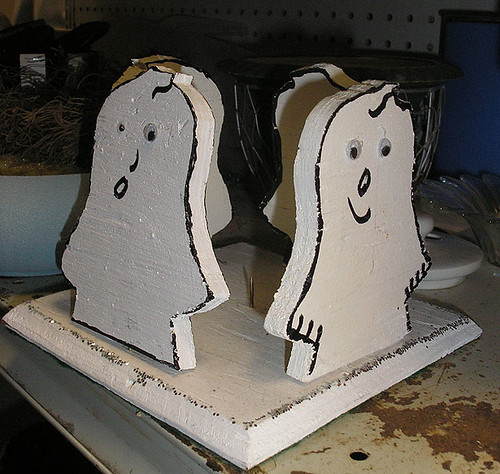 Happy Halloween! Now off to scare the trick-or-treaters with ceramic clowns. The neighborhood loves me, I’m sure of it.

Pale and Deathy from Savers on Burnet near North Loop, ghostly candle holder from Goodwill on 2222 and Lamar, Austin