This makes me feel a sense of undefined, yet pervasive, non-point floating guilt. This is something of a zeroeth-world problem, but I just can’t reconcile this one. 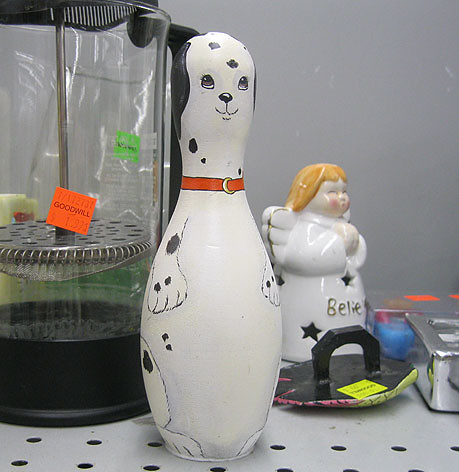 Cute little puppy, big, winning eyes, granted he’s got sort of a Gorbachev thing going on with his forehead, but still, a heart-warming little guy. Why would you paint him on a bowling pin? Is this appropriate? Do we want our children lining up sets of 10 puppies and chucking massive balls of polyurethane at the poor things? What does pindog teach our children? 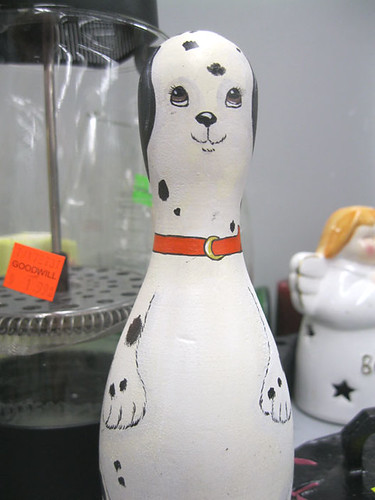 He’s really a bit of a penguin, isn’t he? The black and white isn’t helping there. But I can’t tell whether he’s been sitting still so patiently because someone’s holding a biscuit over his head, or because he’s trying to keep his egg warm.

I bet “March of the Penguins” would have been a shorter film with a lower mortality rate if the penguins had been tricked out with a four-foot-tall french press. They would have been warmer. Probably wouldn’t have been able to sleep much, but how else are you going to stay awake all night when the night’s three months long? 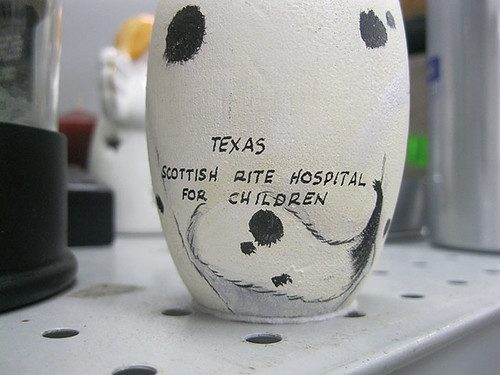 Would YOU like a series of bowling pins shaped like harmless, unsuspecting furry animals? Next door neighbor’s dog barking for three days straight, need to work out some aggressions? Call the Masons. They’re here to help.