The sad story of cats at the lav

Here’s the sad, sad story of the cats at the lav.

When I saw this picture, I HAD to have it. It had drama. It had joy, it had anger. It had kilts. But mostly, it had cat people who really had to pee, and that, friends, is art.

As it happens, my mother lives about a block from a huge thrift store. In fact, it’s probably the only reason she ever sees me, that and when she has to post bail. And this…masterpiece…was on glorious display at that store for about two months. 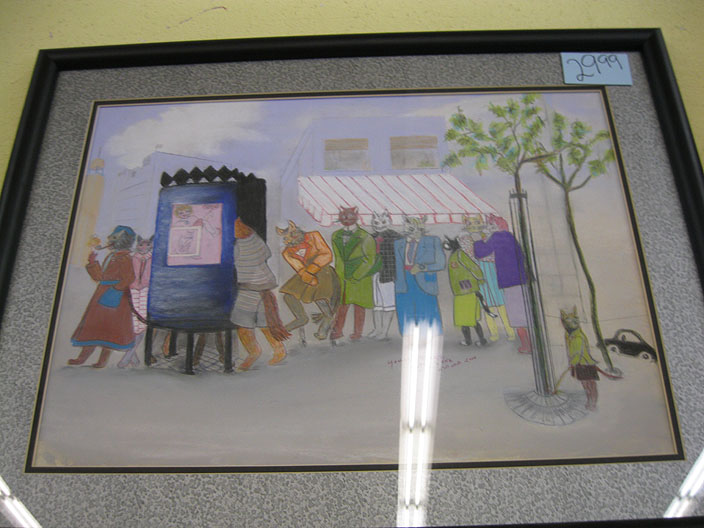 If you’re anything like me, you’re saying, “It’s so beautiful.” And you are RIGHT. Images of a far-away land, a land with anthropomorphic cats, and a urinal in every driveway. I’m sure the owner of the bijou little restaurant under the stripy pavilion might prefer that the urinal was not in his or her driveway, but these things happen. A land with very, very tiny cars, cars so small that rather than instead of driving them, the cat-people sit on top of them and steer them with their toes.

And yet, the $30 pricetag seemed a little on the batshit crazy side, so I said…no.

And then, there was the Thanksgiving sale. The entire store, 1/3 off. “Oh mother,” I said, “I have been ever such a good boy this year, and if Santa Claus happened to pop by Thrift Town during the Thanksgiving Madness sale and buy me the picture of the cats peeing, I would be so very pleased.”

Christmas came, but this year was, obviously, the Christmas that Santa forgot. But at least I have memories. And magnification x10 photos. 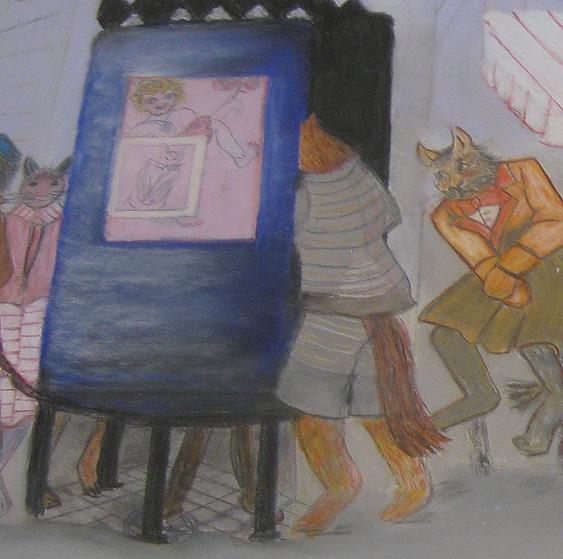 So, I can handle outdoor urinals, sure, that’s fine. But I can’t handle that part of this tradition is that the next person in line gets to stare at you over the door. That seems a little invasive somehow. “Are you finished?” “I don’t know, you tell me.”

Am I misinterpreting? Probably. Hey, is that a mouse at the left? I bet she’s going to be finding a different stall. 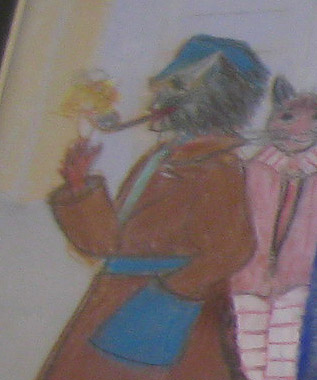 “Dark master Cat-Satan says, ‘Did YOU bring exact change?'” The mouse, his strange court jester, nods frantically, lest she be devoured. It does no good, Cat-Satan devours all…but he devours mice first.

But really, it’s all about this. This is the rascal dog tugging at his master’s bikini, this is the “two bits” after the shave and a haircut. 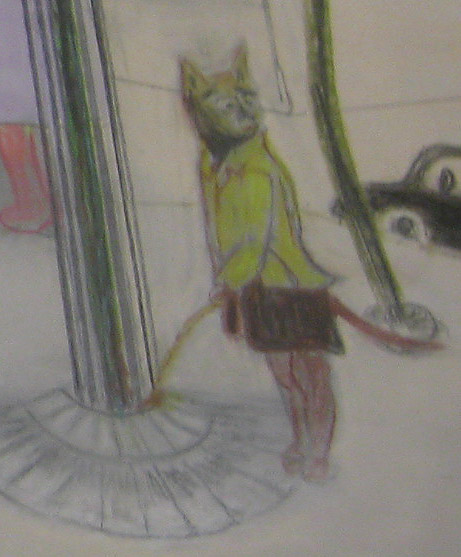 He might want to see a doctor about that, though, that’s not a healthy color, and I’m not sure what to make about the naked fleshy legs. Cats shouldn’t shave their legs. He’s too young for such vanity.

Thrift Town near Stassney and Manchacha, and mom’s house, Austin

One Response to “The sad story of cats at the lav”