So…I’ve been doing this for a few years now. Apparently almost five. And a lot of the stuff that was funny when I started is just…well, I wouldn’t buy it, but really, isn’t exactly LOL-worthy. So…yeah. Rejected. 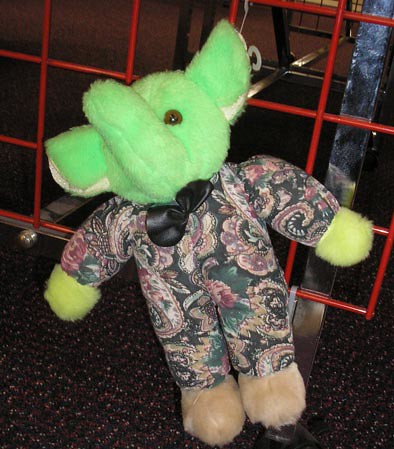 December 9, 2006: From the Goodwill on 290 and I35. I had grand visions of a post that was all, “Oooh, it’s Frankenstein’s Heffalump! Sewn from the bodies of THREE heffalumps and a motel sofa, he stalks the blasted lands of the 100 acre woods. in formal wear, in search of his bride! Fear his grossly distended left arm!”

But really, I’m not sure that mismatched feet and a morbid affliction of paisley a thrift shop disaster make. Next. 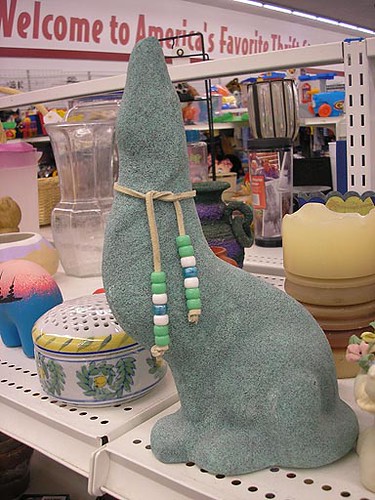 September 15, 2006, Savers on Burnet near 2222: This seemed all kinds of funny in a sort of “HP Lovecraft Goes Southwestern” thing. It’s like someone stuck a coyote’s head into a pencil sharpener, then wrapped a string of beads around it by way of a half-hearted apology. Really, though, there are better amorphous blobs. I do wonder what strange sadistic bastard twists the heads off of coyotes and donates them to Savers. Weird. 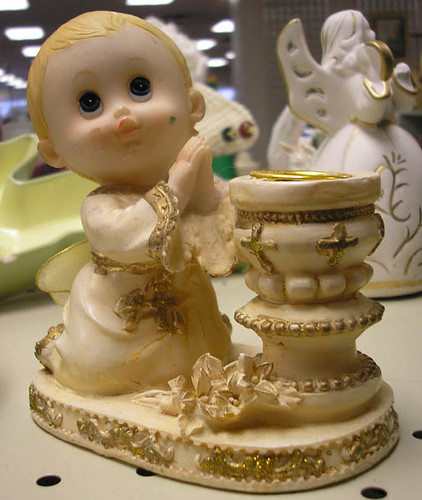 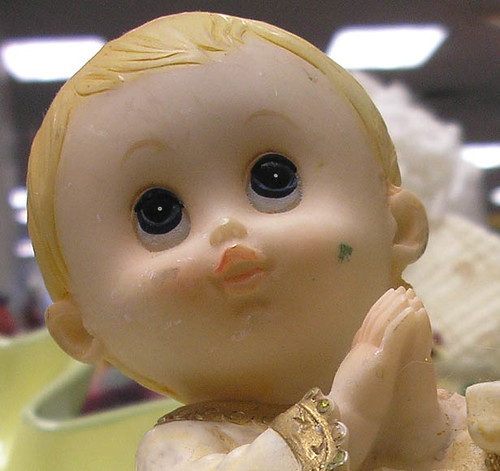 SMUDGE, I say! You, out of the temple!

Actually, at this magnification it looks more like a poker spade tattoo, very Moulin Rouge of him, but I think that hardly disqualifies him from the cheese and crackers at the table of Christ. Wait, that’s wine and crackers. I’m not sure what sacred body part the cheese would be. Best not to ask.

Anyway, apologies for this bit of self-indulgence, I’d had these guys sitting in my collection for years and years, just a little bit too good to dump, not worth a post. So…yeah. Happy Monday.