All I need is a tall ship, and a star to sail her by. And some silk flowers. And plastic weeds. Oooh, and a massive oil lamp. That would be awesome.

Through the miracle of Thrift Store Technology, all this can be yours…except the star. Well, there was that one star, it could have been yours. Maybe it was yours, and you threw it away. But…we digress. In fact, it’s what we’re paid for. 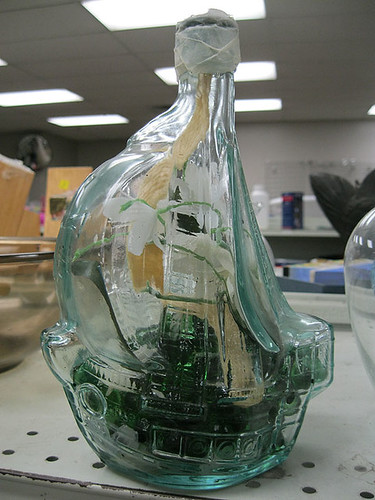 So it’s sort of the conceptual opposite of a “ship in a bottle,” which is, for one, a ship inside a bottle. Also, the whole “ship inside bottle” seems to require a level of skill and dexterity. This version, on the other hand, requires ramming a bunch of fake greenery into a ship-shaped bottle. The hardest part, it would seem, is finding a ship-shaped bottle. 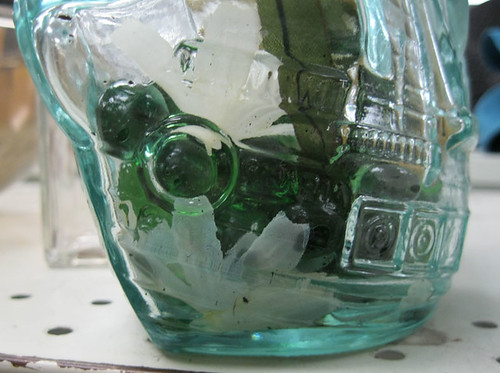 “Hard turn starboard, captain! They’re bringing their broadside daisies against us! Soon will be picking nasturtiums off the deck, and you know the crew hates that!” 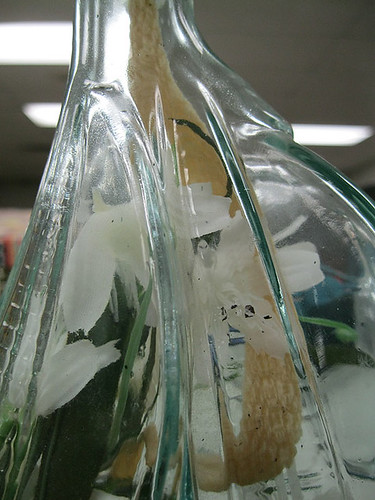 I’m thinking this is a poorly thought-out oil lamp. Fill it with mineral oil, set it on fire, pretending you’re conducting a Norse funeral for a daffodil. Brilliant. 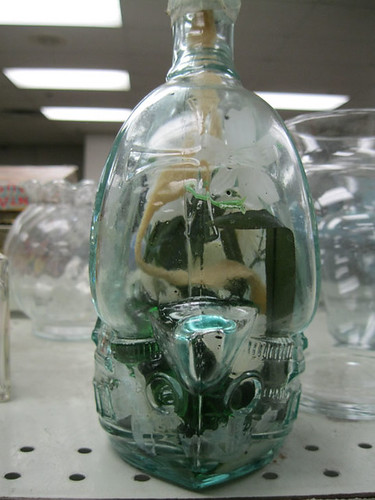 “And with hardly a ripple of a wake breaking the surface of the water, the mysterious ship slipped into the mist and were never seen from again, just a few petals left behind to prove she was ever there in the first place. And the crew said…’Well, huh.’ And that were the end of it. But if it’s a cold night, and the moon shines overhead like a florescent lamp, and you should see a glass cutter breaking the mist, its mast lit up like St. Elmo’s Fire, and its prow stuffed with cheap fake flowers…just wait a few minutes, she’ll go away.”

Goodwill on Metric and 183, Austin.