From the makers of “couch with fur!”

Rule number 14: Everything is better in extreme close-up. Take this hairy nightmare, for example. 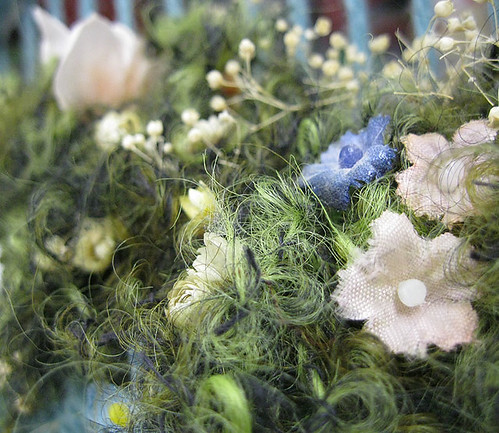 If you harvested the short-and-curlies of 300 dryads, you’d get something like this. Now, the “why you’d do this” of such an operation, that is an open question. Maybe you’re a member of an avante-weird fetish community that’s collecting the groinal pelts of mythological creatures, for a very private, intimate version of Disney’s Fantasia–the Greek scene. You know, the silly Greek scene. Which would have been improved somewhat by having been live-action.

Goodwill, obviously, is making this a reality. 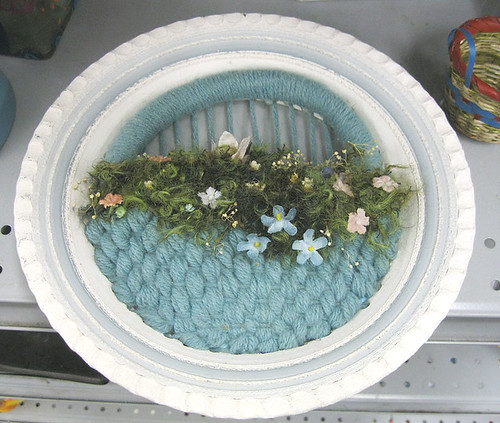 No, no, that’s not what’s happening at all, though honestly, I’m not sure WHAT’S going on. Even if you pull back a bit, get some perspective, scale back a bit, it still looks like someone dyed their poodle green, then felt guilty about it, shaved the poor thing bare to preserve its limited dignity, then put the results into a basket and sent them to grandma…with flowers, because they make everything better.

Serve it all up on a frame that looks like a paper plate, instantly the entire affair is that much classier!

From behind, you get flowers in bondage. 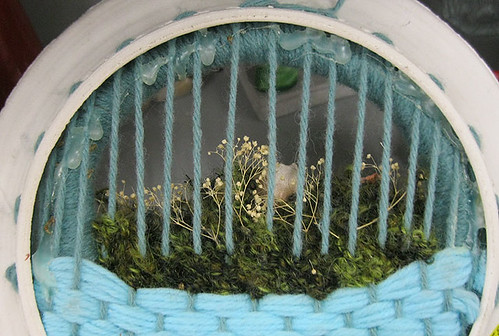 Or maybe in one of those drippy oil-lamps from the late 70s, early 80s. Where little threadbare fake flowers, yes, embedded in fake greenery, were drizzled with goo–usually mineral oil, but in this case, something a bit more biological. Whatever floats your boat, just don’t scare the horses or remove the pricetag, because in either event, they won’t sell it to you.